by Frank Mojica and Nick Freed 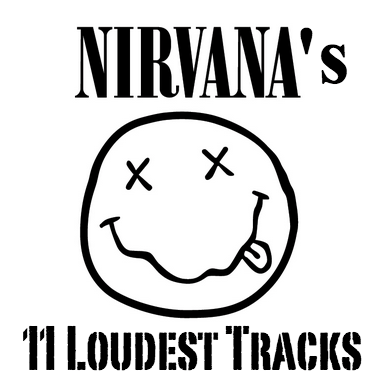 This feature initially ran in September 2013 as part of In Utero’s 20th anniversary. We’re reposting in remembrance of Kurt Cobain, who would’ve turned 50 today.

How do you follow an album that’s not only a commercial breakthrough, but also defines a generation? If you’re Nirvana, you do so with your middle fingers proudly in the air. In Utero was (and still is) a massive fuck you to the corporate system, the fans that never really “got it” in the first place, and those bandwagon acts that trolled their sound three albums over. Twenty years later, it stands as the definitive Nirvana album and a portrait of a trio whose pop tendencies were secondary to their noisy nature. To celebrate their timeless ruckus, we’ve collected the loudest tracks in their repertoire and turned the fuzz up all the way to 11. In other words, the higher the number, the louder things get.