The actor's best moments as The Great Wall hits theaters

by Collin Brennan and Leah Pickett 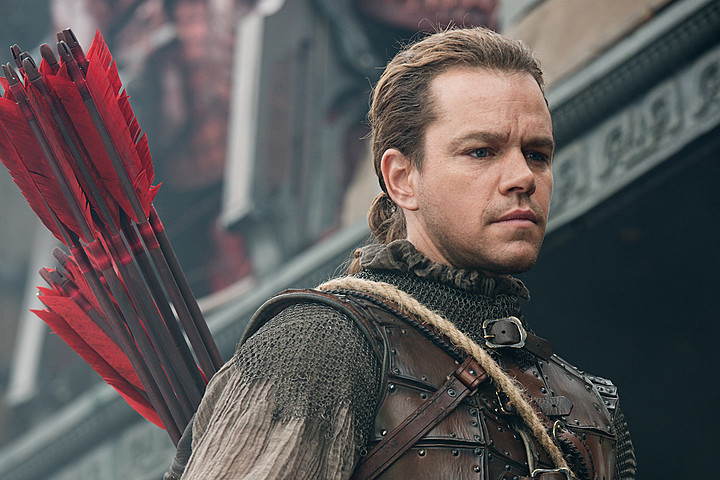 This feature is being reposted in anticipation of The Great Wall.

It’s not enough for Matt Damon to be conventionally attractive, or even physically imposing. He also has to be preternaturally intelligent, a savant capable of outwitting a Fields Medal-winning mathematician, a ruthless Russian card shark, or a millionaire casino owner, as the occasion may demand. This is the curious truth at the center of Damon’s career: Though he’s got all the looks you could hope for in a leading man, it’s what’s behind those steely blue eyes that keeps us coming back for more.

Maybe it’s because he played a boy genius in 1997’s Good Will Hunting, then followed up that breakthrough role by starring as a shrewd underdog lawyer (Rainman), a wildly gifted poker player (Rounders), and a calculating psychopath (The Talented Mr. Ripley) for good measure. Or maybe this is simply what we expect from people who once attended Harvard University. In any case, Damon’s allure has as much to do with his brains as it does with his brawn. This is how the same man who played a nerdy pickpocket in Ocean’s Eleven could turn around and become the action star of his generation the very next year in The Bourne Identity. The frustrating part, at least for those of us who are mere mortals? Even when he’s playing an amnesic action hero who can’t remember his own name, Damon has no problem running intellectual circles around his adversaries.

This much holds true in Damon’s 2015 sci-fi drama The Martian, just as it holds true in the latest iteration of the Bourne series, Jason Bourne. Both films touch on something essential about the actor that’s often overlooked: there’s always some aspect to his character’s identity that he prefers to keep to himself. While this might handicap a lesser actor, Damon uses it to draw us in, peppering his performances in The Martian and Jason Bourne with enough boyish charm and wise heroics to keep us, the audience, rooting from our seats. Can’t the same be said for the enigmatic schmuck Mark Whitacre in The Informant! or the bumbling, self-satisfied LaBoeuf in True Grit? Even The Departed’s Colin Sullivan, who’s no hero, is motivated by something slightly beyond our grasp, whether it’s sexual impotence or a similarly private demon.

All of this is to say that there’s more to Matt Damon than meets the eye, and so we’ve chosen to dig a little deeper into the actor’s 10 best performances in search of some answers. Of course, if you wanna read a real history book, read Howard Zinn’s A People’s History of the United States. Our list may not be quite as exhaustive, and it may not feature any mentally deficient puppets, but it should serve as a recap of Damon’s best moments before we all check out The Great Wall this weekend.