Los Campesinos! herald “The Fall of Home” with their new track — listen

The latest song comes from their upcoming LP Sick Scenes, due out on February 24th 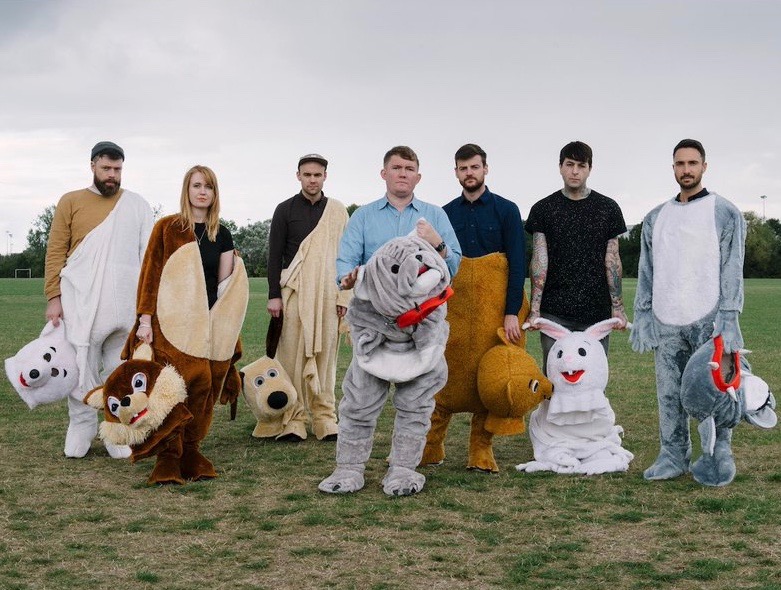 It’s been almost four years since the last Los Campesinos! album, No Blues, helped sensitive souls the world over through the endless process of wallowing in sadness, making self-effacing references to that sadness, and trying to push on through the rest of the days to come. But fret not, sad young lovers of the world, LC! will release their sixth full-length, Sick Scenes, later this month, and after already releasing a pair of singles from the forthcoming LP, the band is back with another teaser in “The Fall of Home.”

It’s an unusually subdued ballad even by the band’s increasingly nuanced standards, and an ode to the sensations of leaving a place, returning to it, and coming into the realization that you no longer belong. As Gareth Campesinos! wistfully recalls the sensation of having “left your hometown/for somewhere new/don’t be surprised, now it’s leaving you,” the acoustic, full-room harmonies ably capture the nostalgic feeling of watching time pass through changes in physical space.

In a brief statement, the band had this to say on their latest:

“This is an elegy to the home towns left behind. It’s about the villages too stifling to ever allow you or itself to flourish. About those who left to protect their mental health or to be the best version of themselves. To those who moved to the city and return ‘home’ for Christmas and funerals, feeling like a tourist. For the lonely people in rented house shares with no idea what they’re doing. And it’s for those who didn’t want to or couldn’t leave, and are still hanging in there.

Sick Scenes will be released on February 24th through Wichita Recordings.