Lessons from Fugazi on Taking Down Donald Trump

The career and philosophies of the legendary D.C. DIYers seem more relevant than ever 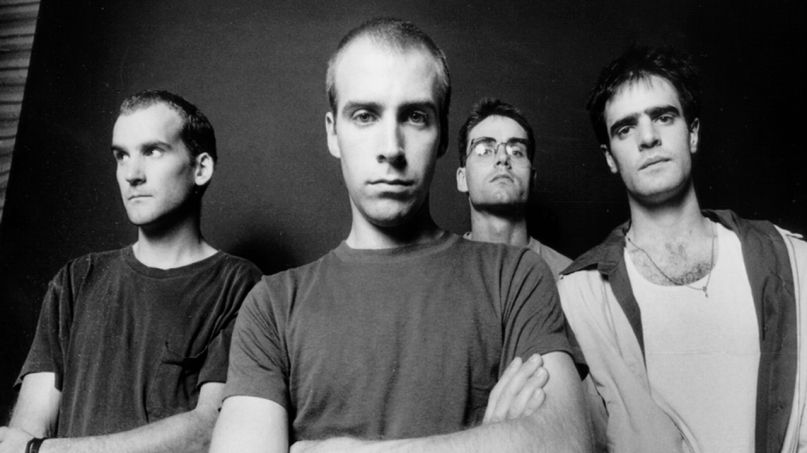 The Pixies, A Tribe Called Quest, My Bloody Valentine — plenty of late ‘80s and early ’90s music legends laid dormant for a decade or longer before roaring back to life in recent years. Some even managed to courageously pull together in half the time, even after a goodbye fete in the world’s most famous venue with notably inflated ticket prices! But in our troubled times, the one group we need — the true superheroes of rock, the platonic ideal of independent guitar music — remains on “indefinite hiatus.”

Fugazi will never reunite. (If they do, I’ll eat one of Ian MacKaye’s tiny hats on camera.) The reason is the same that made them a peerless act in the first place: Fugazi operated like a true collective, a hive-mind of outrageous talent. On tour, every member of the band had to be ready to play any song from the band’s discography — by the end, that meant roughly 90 songs — at any moment during a show. They operated without setlists, using a mixture of visual and aural cues to guide each set from song to song, their way of fueling every Fugazi show with the reckless energy of improvisation. Each band member had equal say in Fugazi’s decision-making, and each contributed to the band’s songwriting process in equal measure. Now, with members scattered from New York to Rome to DC, many with children, the devotion and pure athleticism required for Fugazi to exist — and for Guy, Ian, Brendan, and Joe to exist within Fugazi — would be impossible to rekindle, let alone maintain.

Fugazi never settled for half-measures. So, we won’t have the pleasure of watching Guy Picciotto lead a crowd in yelling to Trump, in front of his White House: “Maybe together/ We’ll wipe that smile off your face.” And even if we did witness that miracle, a group of four white men can’t by rights serve as the best avatar of leftist outrage and inspiration in 2017. Still, with their deep history of activism and art-as-political-act, Fugazi offers a road map for staying sane — and proactive — in the Age of Trump. As a caveat, the advice below is by no means revolutionary. Rather, as Fugazi would likely tell you, its revolutionary value comes in practicing it in small ways, day by day, year by year.