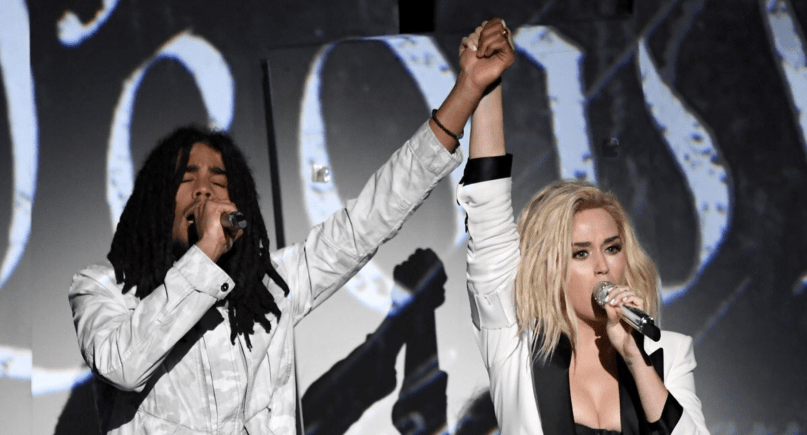 As promised, the pop superstar returned to the stage, where she performed her new single “Chained to the Rhythm”. She arrived surrounded by white picket fences and sported some trendy rose-tinted lenses, which, you know, go hand-in-hand with the song’s opening lines: “Living our lives through a lens/ Trapped in our white picket fence.”

Given the song’s political undertones, it wasn’t at all surprising to see her pay homage to Hillary Clinton, toss in a lyrical snub against Trump, and later join hands with collaborator Skip Marley in front of the U.S. Constitution, which was plastered across the stage’s digital screens. It was simple, effective, and an intriguing return for Perry.

Naturally, she received a standing ovation from the sea of talent. Watch below.