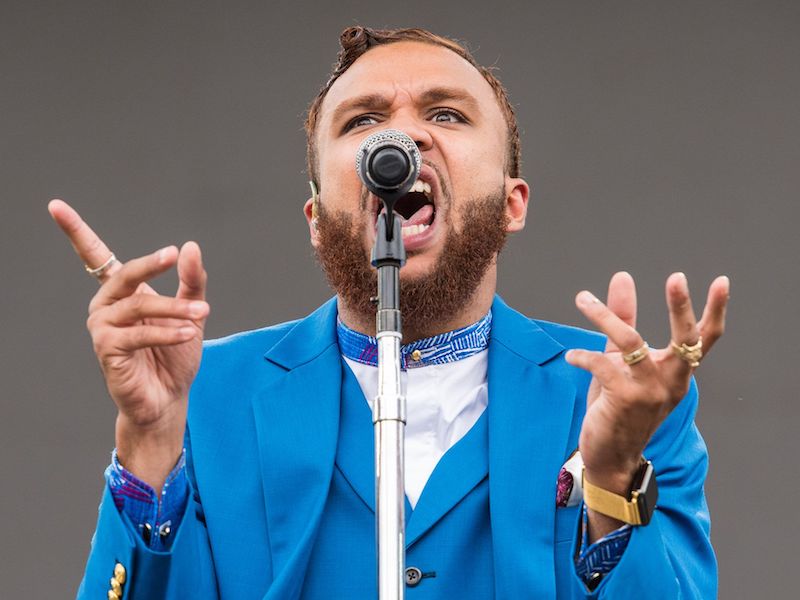 Lately rapper-singer Jidenna has been busy adding the role of actor to his list of talents with appearances in Luke Cage and Insecure. However, the Obama favorite finally has a firm date for his debut album, The Chief. The long-awaited full-length will be dropping February 17th via Janelle Monáe’s Wondaland Records.

Along with the announcement, he’s teamed up for a new banger with Quavo of the scorching hot Migos. “The Let Out” features a bouncy, trap-influenced beat and showcases Jidenna’s talents as both a rapper and singer, as he opens with an effortless verse before seamlessly transitioning into crooning the catchy hook.

“This the only time we on time and on schedule/ Collars on the shirts, niggas tryin’ live respectable/ Then I spot her with the fur and ice like a Eskimo,” he brags at one point.

Fresh off the buzz of “Bad and Boujee” and the success release of Culture, Quavo comes through with a strong verse. “I’m the boss that hunt you walkin’ wit my chest out/ I got 3 mill in cash stash it away in the guest house/ I’m runnin’ so late, I’m runnin’ so late, I go get the money and shake.” Listen to the track below.

Previously, the buzzing singles like “Classic Man” and the booming political cut “Long Live the Chief” stoked anticipation for the Jidenna’s debut album. Without a tracklist, we don’t know whether they’ll make the final cut, but you can watch the a trailer for the album below.