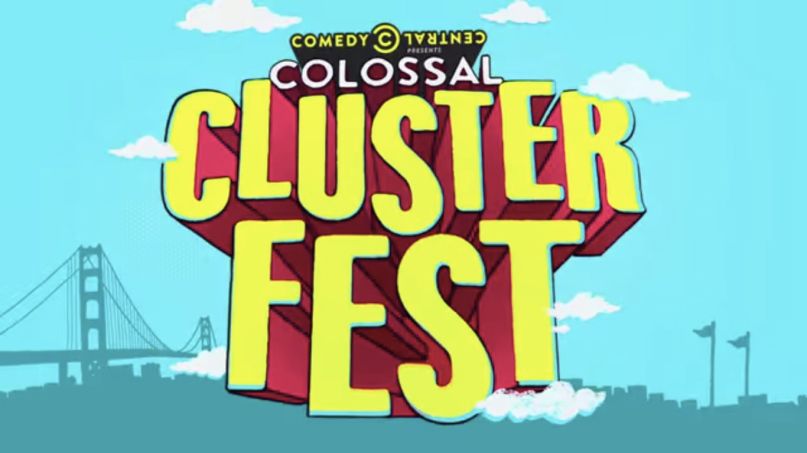 Late last year, it was announced that Comedy Central would be teaming up with Superfly, the promotion company behind Bonnaroo and Outside Lands, to launch its first comedy festival. More details have now been revealed: the inaugural Colossal Clusterfest will stage a weekend of music and comedy at San Francisco’s Civic Center Plaza and Bill Graham Civic Auditorium from June 2nd – 4th.

Jerry Seinfeld, Kevin Hart, and Sarah Silverman will headline the comedy side of the festival, while Ice Cube, Tegan and Sara, and Vince Staples are among the notable music acts. In an interview with SFGate, Superfly cofounder Jonathan Mayers says, “It was really obvious to us that San Francisco was the place to launch this. Not only given the great success we’ve had with Outside Lands … but the history of comedy in San Francisco, going back to Mort Sahl and Lenny Bruce getting their starts there, and just the spirit of counterculture and how that really lends itself to comedy.”

Other comedians on hand include Bill Burr, Hannibal Buress, Reggie Watts, Chris Hardwick, Tig Notaro, and Bob Odenkirk. Drag queens like Ginger Minj and Bob the Drag Queen will also make an appearance, as will comedy podcasts like 2 Dope Queens and How Did This Get Made. Oh, and then there’s Maya Rudolph’s Prince cover band, Princess, which sounds amazing.

Three onsite attractions center around South Park, It’s Always Sunny in Philadelphia, and Seinfeld, the latter of which will, according to SFGate, “re-create the show’s apartment, and feature ‘the world’s largest Festivus celebration.’”

Update – April 13th: Several new acts have been announced, including The Daily Show correspondent Hasan Minhaj and Silicon Valley star T.J. Miller, who will be staging a live version of his late night sketch program, The Gorburger Show. Additionally, Broad City stars Abbi Jacobson and Ilana Glazer will do a live read of Wayne’s World in celebration of the film’s 25th anniversary.

Update – April 19th: Single day tickets ($99.50 for GA, $249.50 for VIP) are now available via the festival’s website. The daily lineups have also been revealed, as you can see in the poster at the bottom of the page.

Watch a video detailing the festival in full below: