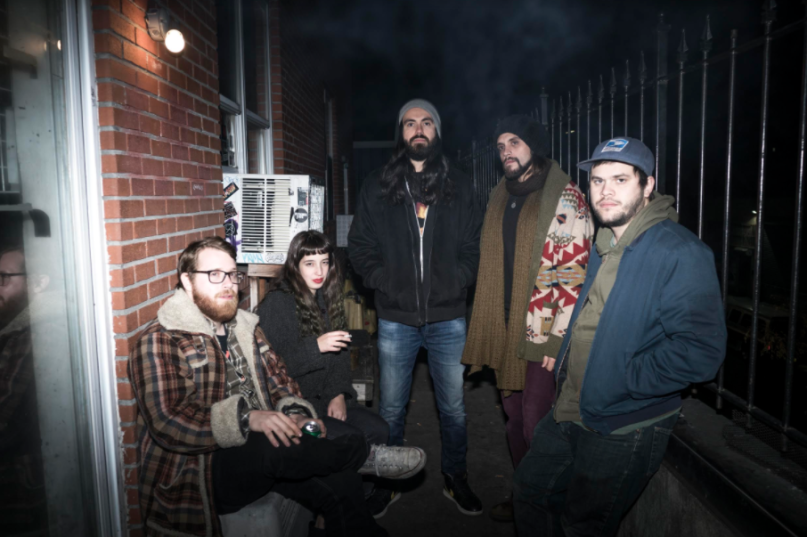 Despite only having released one record, Baked’s been around the block. The members have close connections to the DIY scene, having worked at Brooklyn’s beloved underground venue Shea Stadium and performed with the likes of Lost Boy ? and Titus Andronicus. It was with 2014’s Debt, however, that the band really began making a name for themselves.

That album was a mindfully crafted collection of songs that eschewed genre restrictions while remaining tightly and confidently Baked. Two years later, it’s clear the now-five-piece hasn’t lost that open-minded edge as they present their sophomore album, Farnham.

The 12-track effort dips into proto-punk (“‘You Know San Francisco, Don’t You?'”), swirling shoegaze (“Stuck at Iron Mountain”), and even outlaw country balladry (“Two-Thousandths”). Sometimes it all happens at once, as on the standout “Stay”. Whatever genre they’re messing around in, though, they do it with an unhurried care that allows the heavy layers of sound to build atop each other without collapsing under the weight.

“Farnham is the last name of a friend of mine (Ken) who passed away some years back. We were close friends and roommates back when we were freshman and sophomores in college at SUNY Purchase. Back in 2008/2009 he was diagnosed with brain cancer at a young age. We would go to visit him in his hometown (Tonawanda, NY) and try to keep up as much as possible. He was a talented artist and made a print 8 or 9 years ago that became the two dead mice on the cover of the album. Also the droopy monster face on the liner notes. He was a very very talented artist and I wanted to pay homage to his work and his name with the record. A lot of the record has songs that I wrote originally during and after that tough time and it felt right to pay a little tribute to him.”

Pre-orders are going on here. See the album artwork homage below.