A Complete Guide to Comic Book Movies in 2017 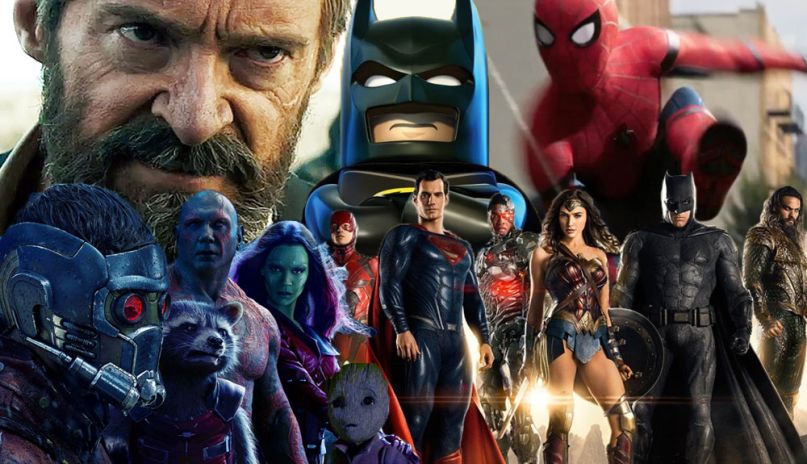 Comics to Screen is a recurring feature in which Ben Kaye analyzes the constantly evolving leap from comic books to screens of all sizes. This time, he looks ahead and previews a 2017 that promises to be full of capes, tights, and surprises.

By the grace of some quality films, 2016 proved the superhero genre is not nearly as close to its last leg as many have speculated. Deadpool revitalized the entire spirit of comic book movies by proving you could take risks and find success while Doctor Strange showed how even a formulaic origin story can still be original and entertaining. Captain America: Civil War continued to demonstrate how thrilling the Marvel Cinematic Universe can be, even as Suicide Squad and Batman v Superman: Dawn of Justice revealed that the DC Extended Universe still has some work to do.

But 2017 could be the year that work finally gets done. Wonder Woman is shaping up to be the first truly gripping tale DC Films has produced, and even though Zack Snyder hasn’t earned any faith, we’ll finally get to see if his big plans have satisfying results with Justice League. Though frankly, even if it’s not considerably better than his past two adaptations, you can’t deny how cool it’s going to be to see Batman, Wonder Woman, the Flash, Aquaman, and Cyborg standing side by side (we assume Superman will be flying overhead).

This will also be the biggest year for the MCU ever. We’re getting three cinematic blockbusters and three Netflix serialized series. Each of the films brings us just that much closer to the decade-long buildup to Avengers: Infinity War, and we’ll get to see the ultimate conclusion of the Netflix series, all of which has this writer practically seething in anticipation. As for Marvel properties outside the connected universe, it looks as if we’ll finally be getting the Wolverine movie we’ve always dreamed of with Logan.

What’s more, there are a few independent efforts coming out that look to really be delving into the true richness of comicdom, from quirky human stories to vast sci-fi adventures. In a year loaded up with big-budget sequels, it’s refreshing to see Hollywood turning its attention to some of the medium’s less well-known but equally quality properties.

From predictable summer smashes to low-budget underdogs, there’s a truckload of interesting prospects coming to cinemas this year. Considering how 2017 has started, it’s damn nice to have something to look forward to, so let’s see what excitement will brighten up our screens this year.