The National, Sleater-Kinney, Tig Notaro to perform at Women’s March on Washington after-party

Funny or Die will present the Planned Parenthood benefit show at the famed 9:30 Club 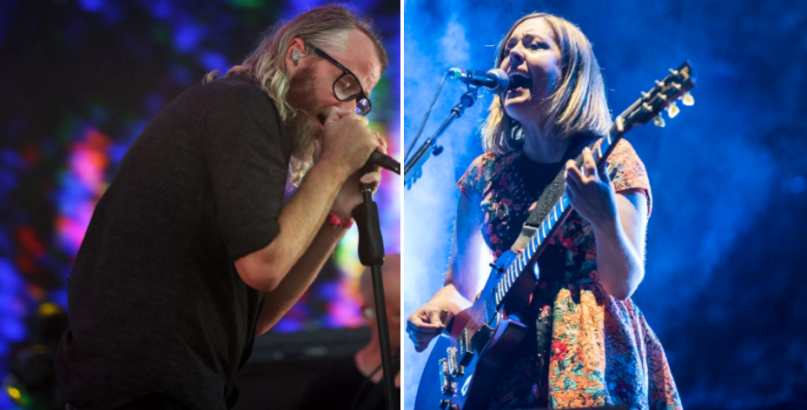 The Women’s March on Washington will flood Independence Avenue on Saturday — hopefully with 200,000 people chanting Fiona Apple’s latest anti-Trump mantra. But standing up for women and healthcare rights won’t end when the protest does. Funny or Die and Washington, DC’s beloved 9:30 Club have teamed up for an after-party event benefiting Planned Parenthood.

The National and Sleater-Kinney will headline the music portion of the evening, with comedians Tig Notaro and Janeane Garofalo providing the humor. Also set to appear are Ted Leo, Cameron Esposito, Rhea Butcher, 2 Dope Queens’ Phoebe Robinson, and Ronna & Beverly, as well as superstar senators Al Franken and Cory Booker.

Tickets to the show prior to the lineup announcement, raising over $100,000 for Planned Parenthood, according to a press release. 10 pair of VIP tickets are still up for grabs via an online charity auction hosted by Charitybuzz, with the bidding up to $650 at the time of this writing.

“We are proud to stand alongside the 9:30 Club and Funny Or Die to send a clear message to the incoming administration that millions of people across this country are prepared to defy attacks on reproductive health care,” said executive vice president of Planned Parenthood Federation of America Dawn Laguens. “Our patients are many of the people who visit Funny Or Die or come to shows at 9:30 Club — people in their twenties and thirties, people of color. For many of them we’re the only health care provider they see. When access to reproductive health care is attacked, they come roaring back in force.”

The Women’s March on Washington After-Party is just one of several events taking place in protest of Donald Trump’s inauguration. Tyler Clark has a full rundown in his new feature, “D.C. Dissidents: Behind the Frontlines of Washington’s Anti-Inaugural Concerts”.