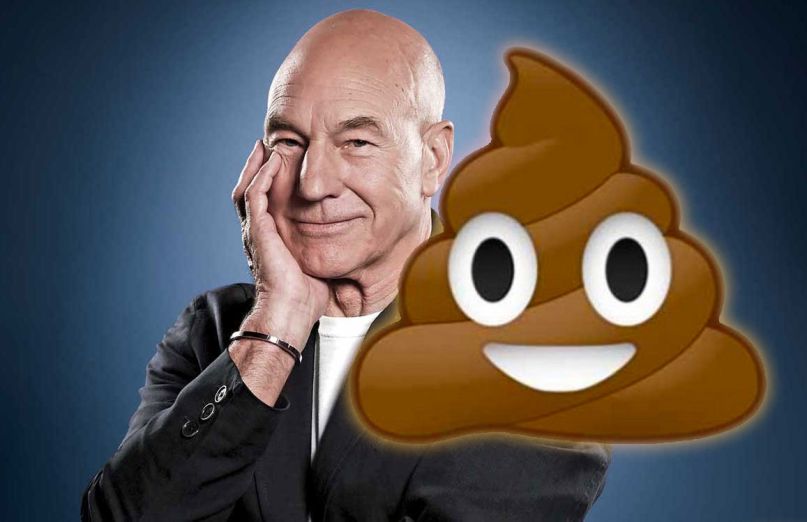 The Emoji Movie seems full of questionable ideas, namely that it’s a movie based on emojis. But while the core concept might be iffy, Sony is at least doing a bang up job on the casting side of things. Today, they’ve announced that acclaimed Shakespearean actor Patrick Stewart will be lending talents to the only character in the film worthy of his honeyed, authoritative voice: the poop emoji.

Also joining the film are Jennifer Coolidge, who will voice Mary Meh, the mother of the protagonist, and Maya Rudolph, who will play Smiler. Jake T. Austin has also been added as the voice of Alex, the teen whose phone houses the emojis at the center of the movie. They join a cast that already includes T.J. Miller (Gene), Ilana Glazer (Jailbreaker), James Corden (Hi-5), Rob Riggle (Ice Cream), and Steven Wright (Mel Meh). The Emoji Movie opens on August 4th, and you can hear Wright, Riggle, and Sir Patrick Stewart in the teaser trailer below.