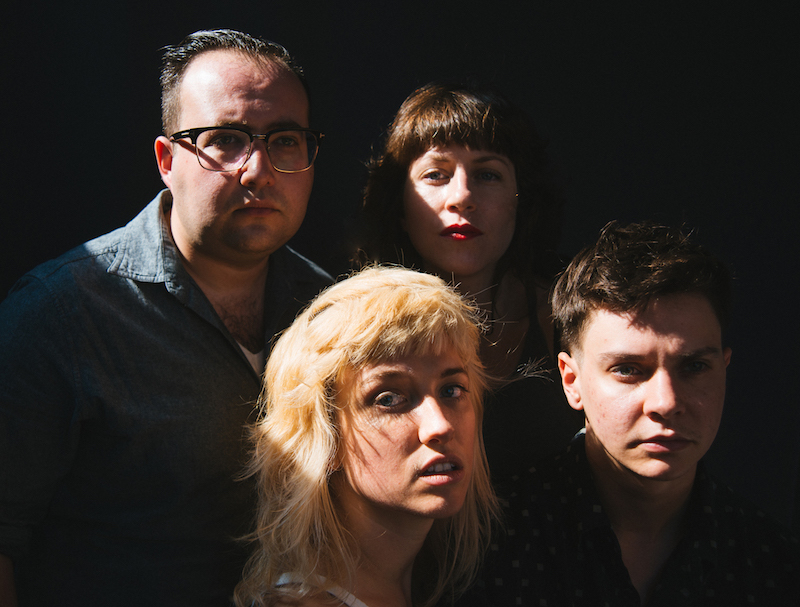 The track features dreamy vocals and has a catchy lo-fi vibe, showing the most beautiful and melodic music can spring from the worst of times. Singer Katie Alice Greer was inspired to write the tune during a time of depression and frustration when the band wasn’t sure if the album would be completed or ever see the light of day.

“I worked in a restaurant and hated it and thought I would work there forever (because that’s how you think when you’re depressed),” she says in a statement. “This band has never been a hobby or something we do when there’s nothing better to do, so in times when it feels like things aren’t working, my entire life feels like it’s not working.”

Greer has also organized a benefit show called “NO THANKS: A Night of Anti-Fascist Sounds in the Capital of the USA,” which will take place at The Black Cat in Washington, DC on January 20th. All proceeds will benefit Casa Ruby and ONE DC, with performances by Priests, Waxahatchee (solo), Sadie Dupuis (of Speedy Ortiz/Sad13), Pure Disgust, Marc Ribot, Flasher, Free Children of Earth, and more. Check out the full lineup and purchase tickets here.