IFC announces end of Portlandia, final season to air in 2018

Though Carrie Brownstein admitted, "Nothing ever really ends anyway" 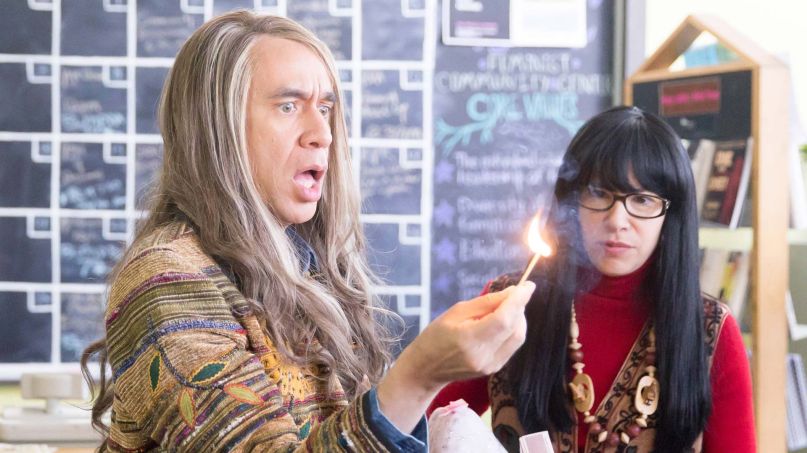 Carrie Brownstein and Fred Armisen‘s award-winning sketch show, Portlandia, is coming to an end. IFC has announced that the show’s upcoming eighth season will also be its last.

Speaking with reporters at the Television Critics Association on Saturday (via Variety), Portlandia co-creator Jonathan Krisel was asked what went into the decision to end the show. “I think we barely decided to do that,” Krisel responded. “Season eight seemed like, ‘Okay, we’ve done a lot.’ We’re not getting to a stage where we’re not bored with it. We still love it … it seems scary to say it’s over.”

Brownstein, who was also in attendance, added, “In some ways, just trying to create a container for something that has edges, in terms of intentions … I think in terms of the creation of art, it’s nice to put parameters around it. I think it helps to keep it pointed.”

However, both Krisel and Brownstein hinted at a life for Portlandia beyond its run on IFC. “We’ll work together. There are other outlets,” Krisel said. Added Brownstein, “I think nothing ever really ends anyway.”

Portlandia is currently amidst its seven season. Watch a recent sketch in which Brownstein and Armisen assist Run the Jewels in marketing their new album.