The title track to an upcoming Matthew McConaughey crime film 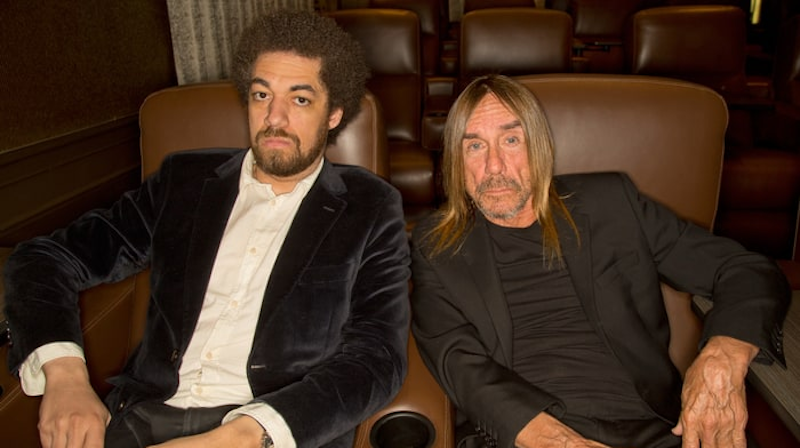 Iggy Pop and Danger Mouse received a Golden Globe nomination this year for their collaborative contribution to the soundtrack for director Stephen Gaghan’s crime thriller Gold. Of course, the song lost to La La Land (like everything else), but what’s more surprising is no one outside the Hollywood Foreign Press Association had even heard it before. Today, everyone finally has chance to listen to the track, as “Gold” is now streaming online.

The dramatic tune takes inspiration from Daniel Pemberton’s spaghetti-Western theme for the film as well as the vocal delivery from Pop’s 2009 track “I Want to Go to the Beach”. “It’s almost spoken but the personality’s there, and it’s just dark,” Danger Mouse told Rolling Stone of that particular track.

The producer apparently was very determined to get Pop to imitate that sound for “Gold”, directing much of the singer’s performance during the recording sessions. “In the studio, he very assiduously and energetically directed the vocal, which is what I want when you’re working with a producer,” said Pop. “Phrasing, intonation, vowel pronunciation – a lot of stuff like that. Little by little, the thing kept getting better and more conversational and less sing-songy.”

If “Gold” reminds you of the sort of thing the late Leonard Cohen would sing, that’s not entirely unintentional. Cohen had passed away just weeks before Pop and Danger Mouse entered the studio, and his specter hung heavy over the sessions. Pop and Cohen knew each other well, and the former recalled a message he once received from the latter. Cohen told him, “‘Listen, a woman has placed a classified ad in the personals that says she’s looking for a man with the finesse and poetry of Leonard Cohen and the raw power of Iggy Pop.’ He suggested we hook her up with a three-way. ‘Leonard, I’m married!’ He was saying, ‘Come on, man.'”

Take a listen to “Gold” below: