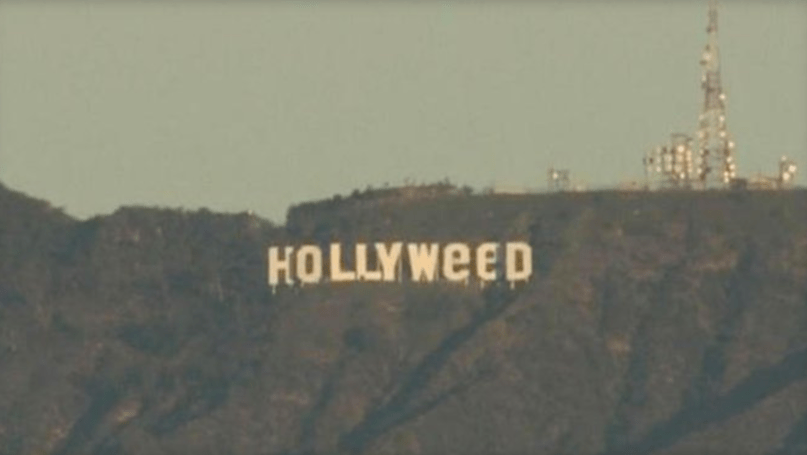 In the early hours of 2017, the iconic Hollywood sign was modified to read, “Hollyweed”.

According to CBS Los Angeles, the name change occurred shortly after Midnight local time when an individual climbed the mountain and threw two tarps over the “O’s” to make them appear like “E’s.” Police have surveillance footage and are investigating the incident as a misdemeanor trespassing. However, as of Sunday morning, the sign still says “Hollyweed”. Update: The sign been fixed, sadly.

Watch a live web cam pointed at the Hollywood sign below via CBS Los Angeles: