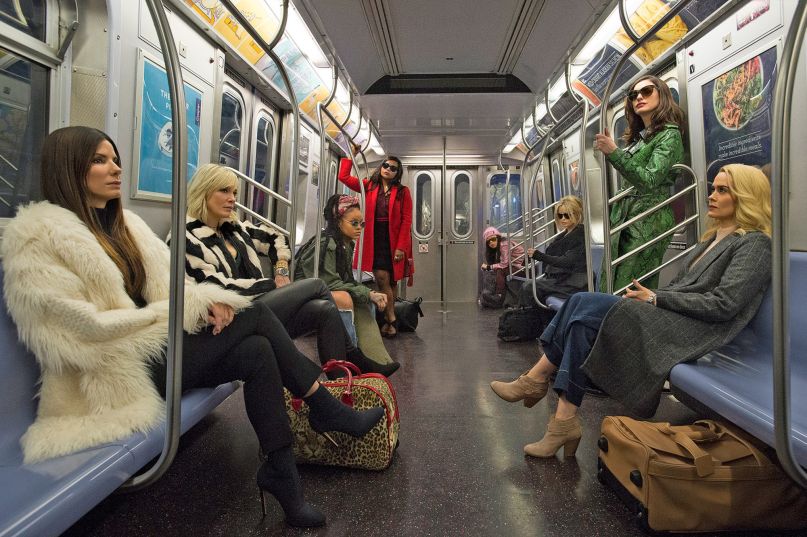 As you can see above, the eight members are slumming it in a New York City subway system. From left to right, we have Sandra Bullock as Debbie Ocean (sister of George Clooney’s Danny), Cate Blanchett as Lou, Rihanna as Nine Ball, Mindy Kaling as Amita, Awkwafina as Constance, Helena-Bonham Carter as Rose, Anne Hathaway as Daphne Kluger, and Sarah Paulson as Tammy.

If you recall, Ocean’s Eleven cast member Matt Damon hinted at having a small role in the film back in November. “I’m doing a little bit in the movie,” Damon told Entertainment Weekly. “I haven’t read it yet, but the cast is phenomenal and I’m excited to see what those women do with it. It’s going to be fun.” Clooney, who serves as a producer, is also rumored to cameo.

Hunger Games writer and director Gary Ross helms the project, with original director Steven Soderbergh serving as producer alongside the aforementioned Clooney. The film is due to hit theaters on June 8th, 2018.