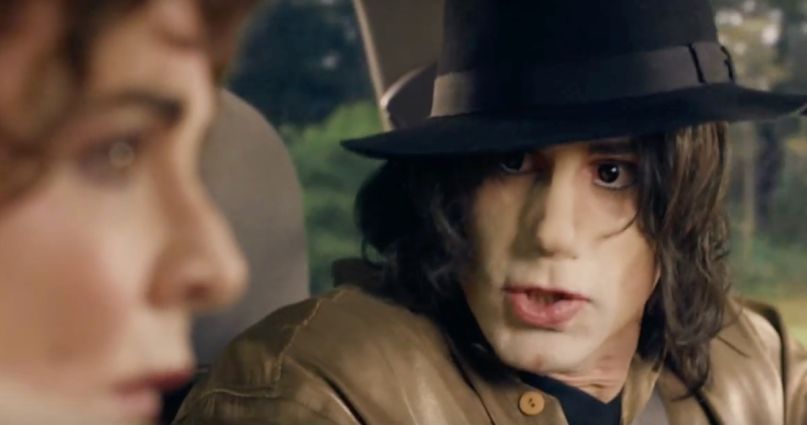 British actor Joseph Fiennes, a white man, has been cast to play American musician Michael Jackson, a black man, in a new TV movie from the UK’s Sky Arts.

Titled Elizabeth, Michael & Marlon, the film tells the story of an alleged road trip taken by Jackson, Elizabeth Taylor, and Marlon Brando following the September 11th terror attacks. The road trip was first detailed in a 2011 Vanity Fair article, but has since been discredited as nothing more than an urban legend. As such, Sky Arts commissioned the film as part of its series Urban Myths, which will begin airing later this month.

Its whitewashing of Jackson aside, the film does have one thing going for it: Mrs. Bartlet, a.k.a. Stockard Channing, plays Taylor. Brian Cox is Brando.

Get a first look at Fiennes as Jackson in the newly revealed teaser below.