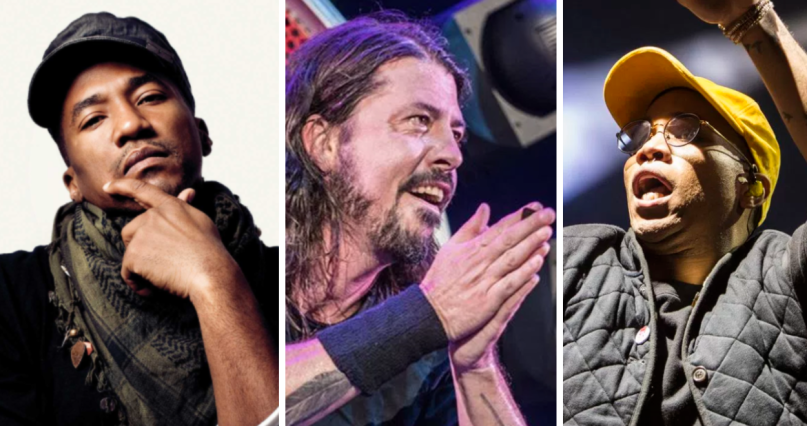 The 2017 Grammy Awards look to be doing everything in their power to ensure a high viewership, especially amidst high-profile boycotts from hip-hop and rap darlings Kanye West, Drake, and Frank Ocean. Along with booking Daft Punk’s first live gig in three years, the awards ceremony plans to stage a monster collaborative performance featuring Foo Fighters frontman Dave Grohl, A Tribe Called Quest, and Anderson .Paak.

Paak is in the running for Best New Artist and Best Urban Contemporary Album for his breakthrough Malibu LP. Paak also appeared on ATCQ’s comeback album, We Got It From Here…Thank You 4 Your Service (which wasn’t eligible for a Grammy as it was released after this year’s September deadline). Grohl, too, isn’t up for any awards, but he did have the time of his life at last year’s festivities, joining a second line parade with the Preservation Hall Jazz Band as they marched down the red carpet and through Staples Center in Los Angeles.

Along with the Grohl/ATCQ/Paak supergroup and Daft Punk, other artists expected to hit the stage on February 12th: Adele, The Weeknd, Bruno Mars, Metallica, Alicia Keys, and John Legend. The evening will be hosted by James Corden.