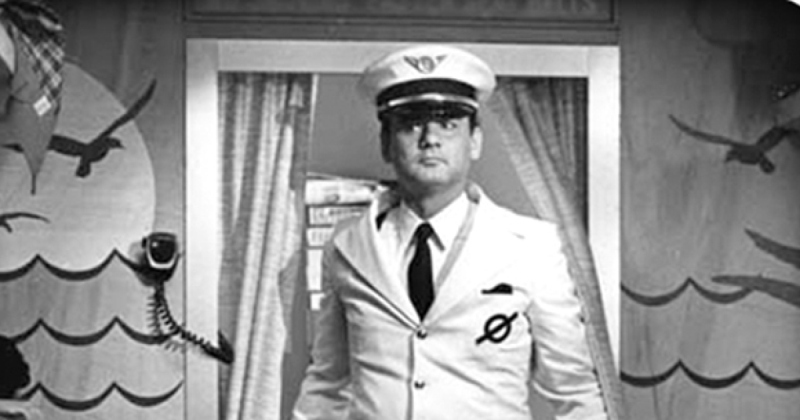 In the history of Bill Murray’s illustrious career, 1984 is known for the release of the beloved supernatural comedy Ghostbusters. But there was another film that year which could have also become part of his beloved movie canon — if it had actually been released to the public, that is. The dystopian, sci-fi comedy Nothing Lasts Forever was shelved by MGM after a disastrous test screening in Seattle, but has earned a cult following over the years as an obscure masterpiece.

The first time Nothing Lasts Forever saw the light of day was during a Brooklyn Academy of Music career retrospective in 2004, when Murray picked it as one of his personal favorites. Since then, fans have sought to catch a glimpse of the unreleased film, which was directed by Saturday Night Live creative Tom Schiller and co-signed by SNL creator Lorne Michaels, Murray, Dan Akroyd, and John Belushi, who died before filming began on the project.

Over the years, Schiller has led intermittent screenings of the film, which has been described as a “cosmo-romantic science-fantasy” by New Yorker critic Richard Brody. It also was leaked on YouTube in 2011 and shown on Turner Movie Classics in 2015. Now it has resurfaced once again. London’s Prince Charles Cinema will host a rare 35mm screening on December 4th featuring a Q&A with Murray’s co-star, Zach Galligan.

The movie magazine Little White Lies reached out to Galligan for his memories about the making of the film. Understandably, there was a dark cloud cast over the production when it began filming it April 1982. Much of the cast was still mourning John Belushi’s death just a month before and Murray was deeply affected by grieving for his close friend and collaborator.

“Here I am, this 18-year-old kid who thinks he’s going to be part of this Saturday Night Live party, and really it was more like a funeral,” Galligan said. “I would describe Bill Murray at that time, at least towards me, as deliberately insulting, condescending, dismissive, antagonistic. He was clearly going through a difficult time personally.”

However, Galligan has come to realize over time that perhaps it was a clever acting trick by Murray: “because we played nemesis in the movie, he thought that I would be completely in awe of him and so he behaved in a way which would counteract that. And it worked; I thought he was kind of a dick a lot of the time.”

Watch a fan-made trailer for Nothing Lasts Forever: