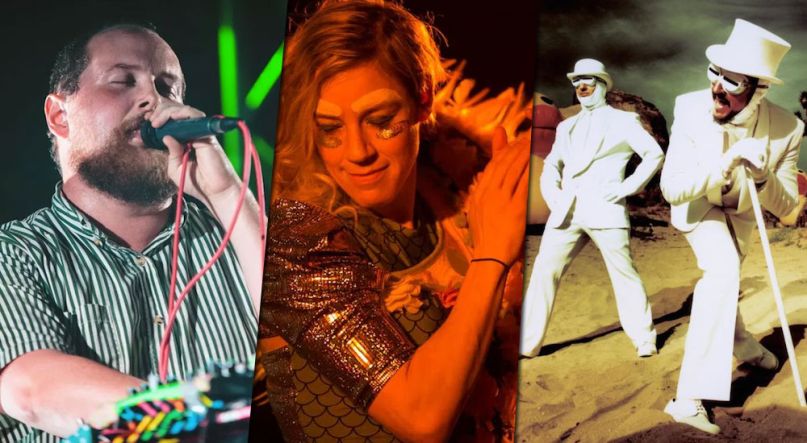 In the immediate aftermath of the tragic fire that took 36 lives in Oakland, the Gray Area Foundation for the Arts launched a fund to help the families of victims. The fund has already raised over $550,000 of its $750,000 goal, and has now announced a benefit show to help push it even higher.

The Oakland United: A Benefit for the Oakland Fire Relief concert will be held on December 14th at the Fox Theater. Noise Pop and Another Planet Entertainment are helping organizer the event, which will feature a bill of mainly Bay Area acts like tUnE-yArDs, Tycho, Thao Nguyen of Thao & the Get Down Stay Down, Geographer, Primus, Rogue Wave, Hieroglyphics, Boots Riley of The Coup, and Sidecar Tommy of Beats Antique. Dan Deacon — not a native of the region — will also appear.

Tickets go on sale at noon PST via Ticketmaster. You can find more information here, and donate to the Fire Relief Fund here.

The announcement of the show comes just one day after Oakland Mayor Libby Schaaf announced a $1.7 million grant to fund affordable and safe spaces for the city’s arts community. Though it had been in development for months, the program is especially pertinent in light of the GhostShip fire.

“It is unfortunate that it takes a tragedy to shed light on a broader situation around the need for safe venues for artists, musicians, and creatives in the Bay Area,” said Josette Melchor, Executive Director and Founder of Gray Area Foundation For The Arts. “We will continue to increase this goal as support comes in. We want this funding to stay in the community that was impacted.”