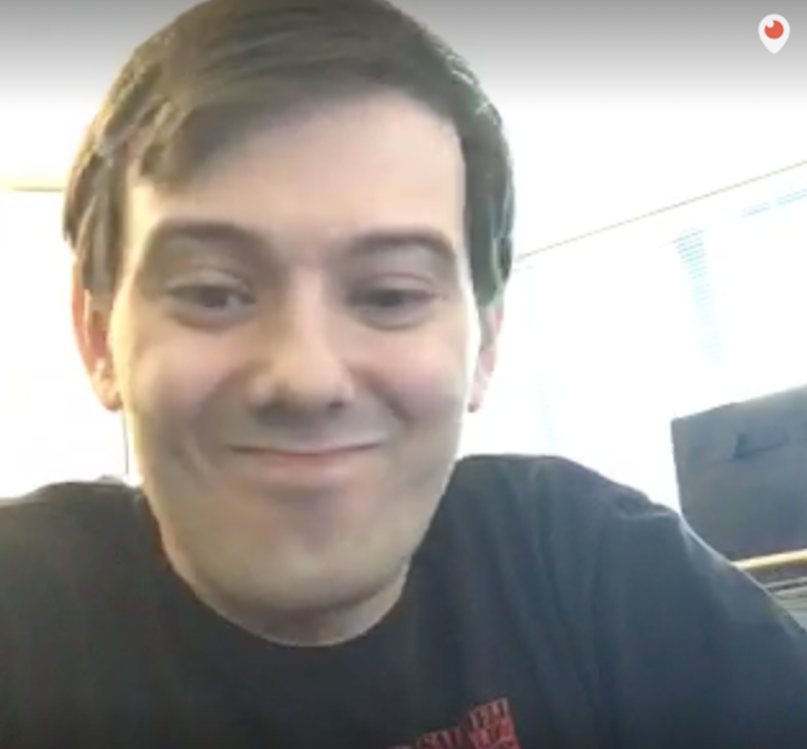 Shortly after Donald Trump won the 2016 presidential election, Martin Shkreli kept his promise and released Once Upon a Time in Shaolin, the one-of-a-kind Wu-Tang Clan album he purchased for millions. Apparently, the Wu-Tang record is not all that the pharmamonster has stashed in his music vault. Today, Shkreli took to Periscope to announce that he’d just bought “the most exclusive”, “most sought after” rap album: Lil Wayne’s long-awaited Tha Carter V.

According to Shkreli, the deal to obtain the LP “was just signed, sealed, and delivered,” though the details behind the exchange — including how much he coughed up — weren’t disclosed. “My new rap purchase…makes the Wu Tang purchase look like peanuts,” he bragged on Twitter prior to breaking the news.

Tha Carter V was originally supposed to drop in 2013, but has been held by Lil Wayne’s label Cash Money Records and label head Birdman. “I want off this label and nothing to do with these people but unfortunately it ain’t that easy,” Lil Wayne said back in 2014. “I am a prisoner and so is my creativity. Again, I am truly sorry and I don’t blame ya if ya fed up with waiting for me and this album.” When asked whether he plans to ever release the album to the public, Shkreli gave no direct answer, only saying that if he did, Birdman would not be pleased.

Shkreli announced the acquisition during a Periscope live-stream earlier today. He’s since taken down the video.

My new rap purchase, which may go through today, makes the Wu Tang purchase look like peanuts.

Update: Shkreli has leaked a track off Tha Carter V, and TMZ reports that a source close to Lil Wayne says it’s the real deal. While “premiering” the track in his video, Shkreli boasts that it’s about him. Wayne’s camp has reportedly launched an investigation to determine how Shkreli received the track. Check out the clip below.