Taken from the soundtrack and "video album" for Merry Christmas, Mr. Fields 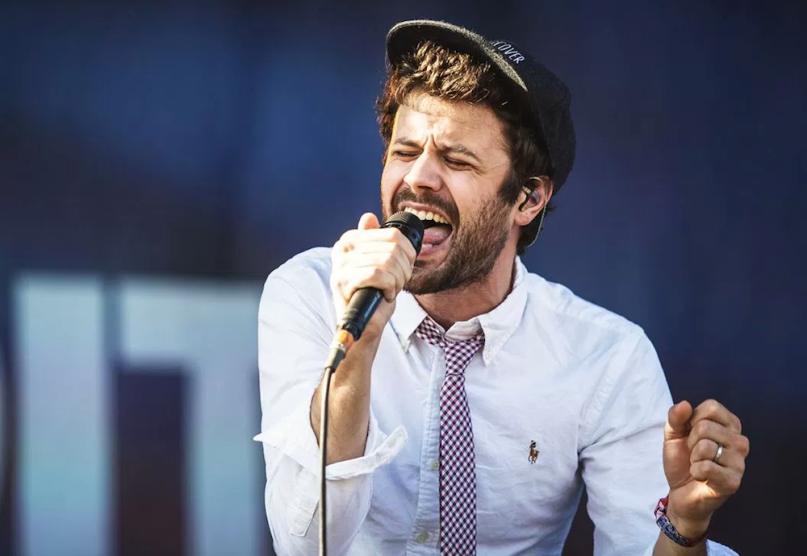 Aside from a collaboration with Classixx, we haven’t heard much in the way of new music from the Passion Pit camp this entire year. That changes this week, however, as frontman Michael Angelakos has provided the soundtrack for a project called Merry Christmas, Mr. Fields. The singer revealed the news on Twitter this morning, describing the holiday release as both an “OST and video album.”

Due to arrive Friday, December 16th, via Frenckiss Records, the 15-track collection is being previewed with a song called “Stained Glass Windows”. A sincere and tender number, it sees Angelakos singing: “See our love, it remains/ And it shines through stained glass windows/ Painting every color echoes on our days/ With wings they fly away/ Like each and every Christmas day.”

Check it out below via its accompanying video, which shows children acting in a play. Passion Pit’s last full-length was 2015’s Kindred.

Update: Merry Christmas, Mr. Fields is a collaboration between Angelakos, Brent Katz (formerly of the Harlem Shakes), and director Hana Haley. A press release offers more details on the scope of the project:

The ambitious idea for a soundtrack and accompanying video album was nearly impossible to finish in time for Christmas, but the three friends needed a fixed deadline like this. Though the project began with Angelakos and Katz years earlier, Haley completed the circle and the video album is her virtuosic directorial-debut, mirroring the familiar yet otherworldly effects of the music. After years of false starts, the two songwriters finally got to see one of their ambitious musical projects become real.

Starting in March of 2016, they shut out the world and put nearly everything in their lives on hold. At first the project was being made for fun, but it would soon evolve into something incredibly personal and representative of their collective growth. Sleep deprivation and the regular routine of writing Christmas songs in the summer heat nearly drove them insane. By the time September came around, pragmatic onlookers could only scratch their chins as the three friends travelled to Buffalo’s Nichols School, Angelakos’s alma mater. This turned out to be the perfect place to film their dreamy World War II Christmas musical.

The three artists gradually saw the confusion of others transform into encouraging enthusiasm, often rivaling their own. With the help of Nichols School, and with only 4 days to shoot, thirty-two children performed roles in a children’s play adaptation of trio’s original story of Merry Christmas, Mr Fields. The adaptation yielded a purer take on the project’s original idea, with characters gorgeously overwritten by the sharp and fussy Katz, and the majestic and bold score marking a tectonic shift into Angelakos’s inner encyclopedia of musical ideas and abilities. Haley’s ornate and compelling visuals are more than additional content: they were created in conjunction with the songs, and both work off each other to create a total experience. The three developed the project’s elements together, and wrapped the project only a few days ago.

The foundational genre touchstones of Merry Christmas, Mr. Fields include 1940’s music (“Weather the Storm,” “Christmas in Your Arms,”) and the classicist’s take on orchestral musical theater (“Permission to Audition,” “And Never Be Afraid”). You can hear Sparklehorse and Grandaddy in the vocal production, and the album’s low-end was mixed like hip-hop (see: Rodney Jenkins). There is a post-Beatles John Lennon and gooey Beach Boys sort of earnestness to the melodies and lyrics.

In Christmas they found a metaphor, and in the British stiff-upper-lip, they found an inspiring response to terrorism that seeks sanity and unity, not panic and division. They set out to create the most concentrated dosage of Christmas feeling, dreamy, full of wonder, but also crossed with sadness, or, well, like the way they had felt when they were young. They needed it now more than ever. And so do we.

AKH Productions will be donating all of the proceeds to charity, as well as the Nichols SchoolArts Department.