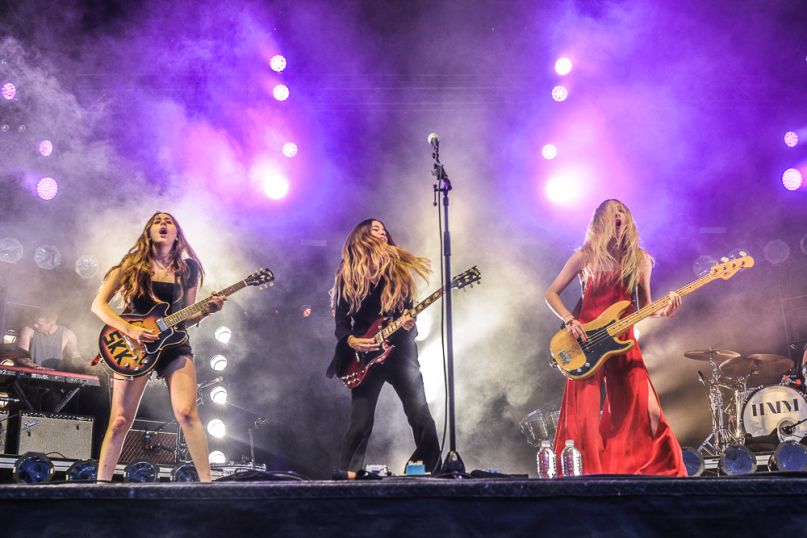 Over the summer, HAIM canceled a leg of European tour dates in order to focus on their sophomore record. Their hard work has finally come to fruition, as the three sisters have revealed that the album has been completed and will be released sometime next summer.

In a new interview with Entertainment Weekly, HAIM shared details behind the recording process, which they said goes back to their roots of playing music together in their living room when they were kids. “We needed just it be the three of us in the beginning,” lead guitarist Danielle said. “We just wanted to get back in the zone.”

As a result, the only outside influences on the album are producer Ariel Rechtshaid, who contributed heavily to acclaimed debut album Days Are Gone, and ex-Vampire Weekend member Rostam Batmanglij.

To explain why the album was pushed back from a Fall 2016 release, HAIM said they wanted to make sure they got the album just right. “These things take time,” Danielle stated, “and we refuse to put out anything we’re not 100 percent in love with.” Furthermore, youngest sister and multi-instrumentalist Alana pointed out their debut was seven years in the making.

The most outspoken member and bassist Este had this to say: “You don’t even know what’s coming for you. I’m warning you. You. Don’t. Even. Know.”

Back in May, HAIM debuted two new songs live, “Nothing’s Wrong” and “Give Me Just a Little of Your Love”; both are expected to appear on the forthcoming effort. Below, watch the band perform “Nothing’s Wrong” at this year’s Corona Capital Festival.