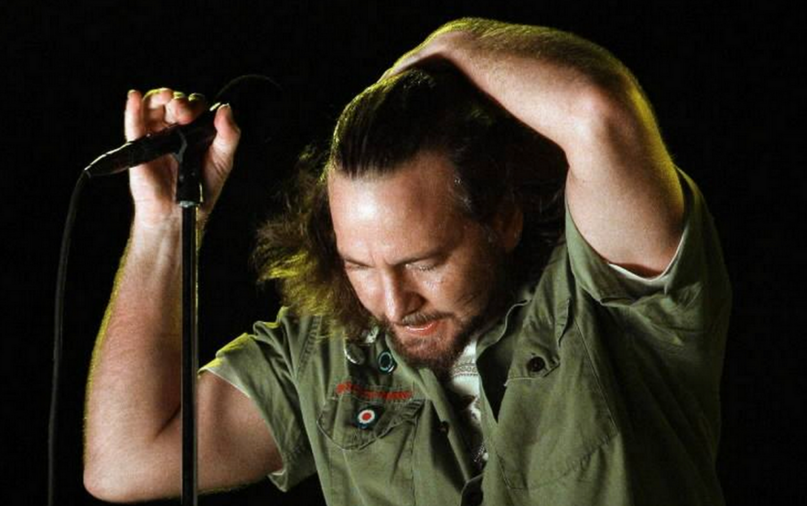 While the rest of us count down the cursed days left in 2016, Eddie Vedder continues to have the year of his life, celebrating his beloved Cubs’ World Series victory and performing with everyone from Bill Murray to Dennis Rodman. Earlier this month, the Pearl Jam frontman spread around some of his good fortune when he surprised a Maryland family facing eviction with a check for $10,000.

A Washington Post article published December 20th called attention to the case of Tyshika Britten, a 35-year-old hairstylist struggling to support her family of six. In a plea posted to Craigslist, Britten wrote that her family would soon be evicted from their home and that she had no money to buy a tree or gifts for her children. “I’m so hurt,” she wrote. “I’m trying my best. I pray everyday and now I’m begging for help. I know it’s not about the gifts, but they are kids! I’m such a failure right now.”

Britten’s Christmas plea soon went viral, and gifts began raining down on her family from all sorts of unexpected places. Thanks in part to the original Washington Post article, hundreds of people around the world began sending items ranging from a PlayStation 4 to a puppy. Others offered to help in whatever way they could.

But the most remarkable gift came from Vedder, who sent a $10,000 check after reading the post. As he told the Post on Sunday, “I was just so moved by the story and what this mother did for her children. I thought those kids must be so proud of their mother for reaching out. That takes a lot of courage.” The future Rock and Roll Hall of Fame inductee said the family’s story resonated with his own childhood experience. “There were years there were toys from Santa, but they were used and they came from garage sales and they didn’t always work.”