Donald Trump asked KISS to perform at his inauguration, they “politely declined”

I was made for lovin' -- everyone but Trump 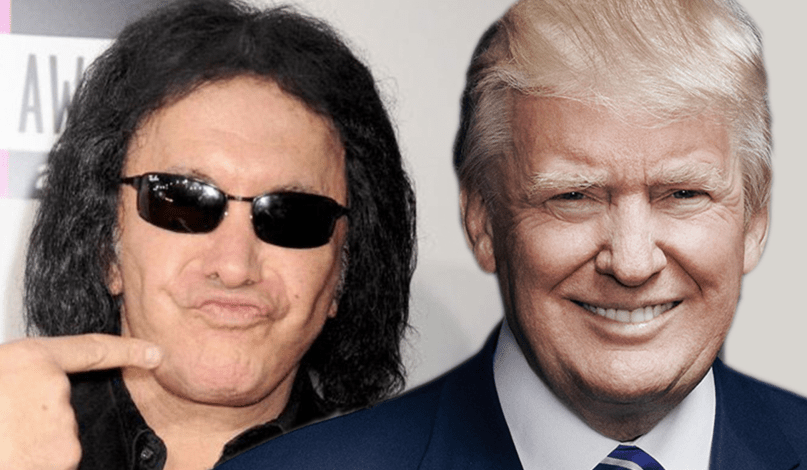 Grouchy narcissist Gene Simmons seems like the perfect candidate to play Donald Trump’s inauguration. The KISS frontman previously declared Trump the “truest political animal I’ve ever seen on stage,” and prior to him being elected president, Simmons was a contestant on Trump’s Celebrity Apprentice. As it turns out, Simmons was asked to perform at the January 20th swearing in, but he “politely declined.”

As SPIN points out, paparazzi caught up with Simmons and his family in West Hollywood yesterday. Asked if he or KISS had been approached about playing the inauguration, Simmons’ wife responded, “They asked and we politely declined.” “Good luck finding talent for that,” his daughter quipped.

For his part, Simmons said Trump’s “our president” and “people need to get over it,” but added that KISS will be touring Europe at the time of the inauguration. Quite the politically correct answer for someone who has made a career out of being politically incorrect.

At least for Trump, he’s still got DJ Freedom in his corner.