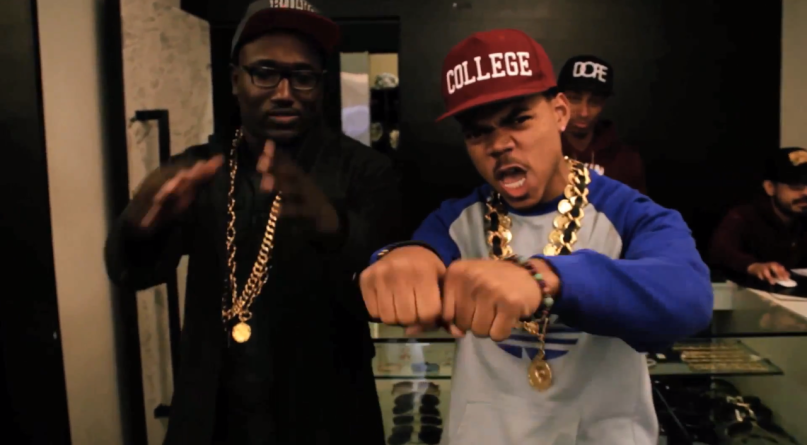 The latest episode of Hannibal Buress’ podcast, Handsome Rambler, features Chance the Rapper as a special guest. It was recorded yesterday in Chance’s Chicago studio as he and Jeremih were putting the finishing touches on their new holiday mixtape, Merry Christmas Lil Mama (Buress is featured on

Over the course of their 45-minute discussion, Buress asked Chance about his recent appearance on SNL, the possibility of him running for mayor of Chicago, how to comes up with his ad libs, and more. They also played a game called “Who Said It: Jesus or Young Jeezy?”

At some point, Buress also laid down his contribution for Merry Christmas Lil Mama, which you can hear on the track “All the Way”.

Listen to the full episode of Handsome Rambler below.