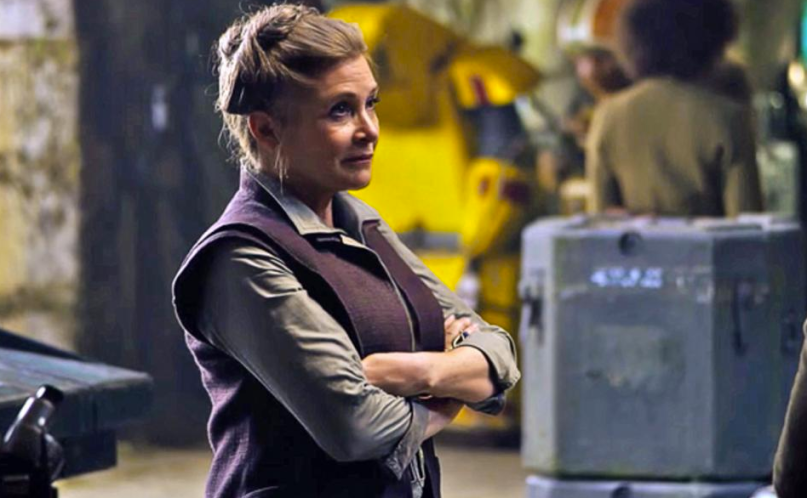 Just one year ago, Carrie Fisher returned to the franchise that made her career with an appearance in Star Wars: The Force Awakens. Prior to her death on Tuesday, she had the chance to once more reprise her iconic character, General Leia Organa, for the upcoming Star Wars: Episode VIII, having completed her work on the film before  drowning in moonlight, strangled by her own bra.

Filming for the Rian Johnson-directed sequel actually wrapped back in July, and Deadline reports that Fisher had completed her contributions well before her tragic death. Her role as General Organa is said to be greatly expanded in Episode VIII, though how so is obviously a tightly guarded Lucasfilm secret. She was expected to return for Episode IX, to be helmed by Colin Trevorrow, and it’s unknown how her passing may affect that film. (Lucasfilm recently resurrected Peter Cushing using CGI for Rogue One, which (spoiler) even featured a digitally recreated 19-year-old Fisher as a young Leia.)

Fisher had also recently finished work on a number of television projects. Most recently, she’d wrapped production on season three of Catastrophe, the Amazon comedy series in which she had a recurring role as Rob Delaney’s mother. The actress was flying from the show’s London set back to Los Angeles when she suffered her heart attack. She also did voice-acting for two upcoming episodes of Family Guy, reprising her role as Angela, the supervisor at the brewery where Peter Griffin works. Currently without air dates, the episodes will bring the tally of Fisher’s appearances on the Fox cartoon to 22.