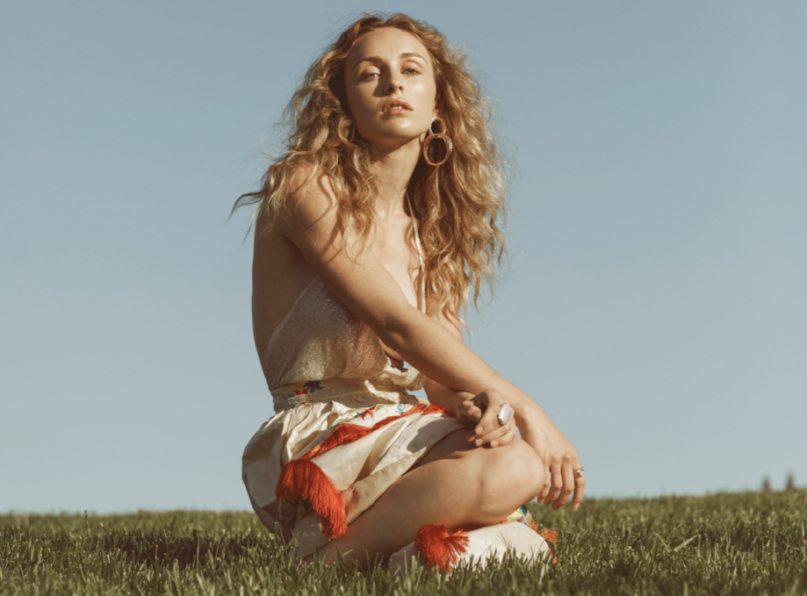 Zella Day quickly began winning fans over with the eclectic take on indie pop that made up her 2015 major label debut, Kicker. She wowed at Shaky Knees that year, and made a case for being one of the breakout artists at this year’s Coachella. But if it feels like her career didn’t immediately take off from there, it’s certainly poised for a major 2017 with the release of her still-in-the-works sophomore effort.

Don’t believe us? Then have a listen to Day’s latest precursor to the album, “Hunnie Pie”. Taken from a new 7-inch AA-Side single out November 18th b/w “Man on the Moon”, the track finds the Arizona songwriter honing in on the more psychedelic aspects of her songwriting while putting the emphasis squarely on her powerful vocals. “Hunnie Pie” is a reverberating day dream, something like a more classically structured St. Vincent if Annie Clark wrote bedroom pop. Even though it’s drenched in effects, Day’s vocals are simply mesmerizing as she asks, “What’s it gonna take to feel my love?”

“Man on the Moon”/”Hunnie Pie” will be available tomorrow via B3SCI Records. Pre-order it here.