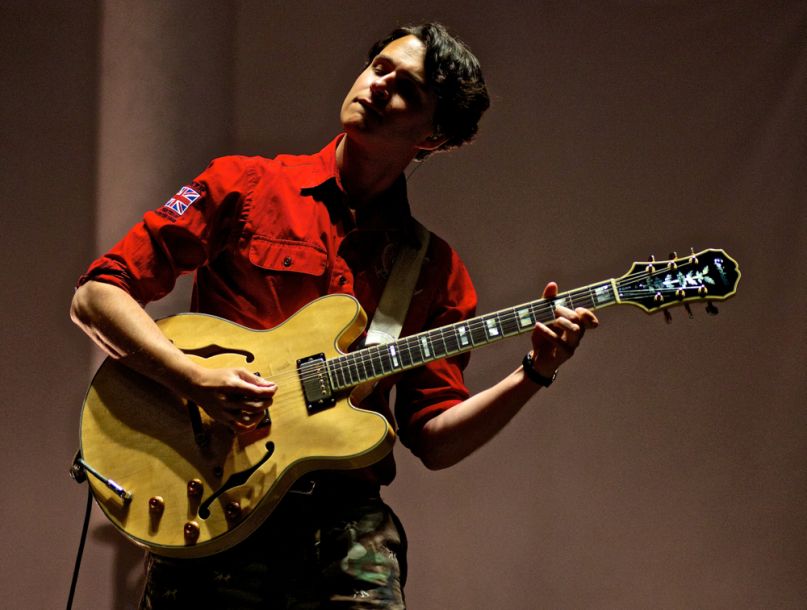 A report from industry trade publication HITS Daily Double claims that Vampire Weekend are in the midst of signing a new record deal with Columbia Records. The report cites “insiders” who say that the deal came about after frontman Ezra Koenig “hit it off” with Columbia chief executive Rob Stringer.

These same sources say that fans can expect a new album from the newly minted alt-rock trio — guitarist Rostam Batmanglij quit earlier this year, though he may also appear on the record — in mid-2017. That would be just about four years after the release of Vampire Weekend’s third studio album, Modern Vampires of the City.

Koenig’s most recent update about the new album came in the form of an Instagram post that addressed Batmanglij’s departure. He wrote: “For now in the Vampire Weekend universe, it’s all about recording the next album. There will be a lot of familiar faces in the studio but also some fresh, new ones. Working title is ‘Mitsubishi Macchiato’…for obvious reasons.”

Despite the lack of new music, the band has stayed fairly active for the last year. They supported Senator Bernie Sanders at several stops on his presidential campaign trail, and drummer Chris Tomson started a solo project titled Dams of the West.

We have reached out to representatives from Vampire Weekend’s management team and XL Recordings, their current (possibly former) label. The group’s publicist currently has no comment but will not deny the story. We’ll continue to post updates as they come in.