The Magnetic Fields share first five tracks from 50 Song Memoir, due out in March — listen

Newly expanded as a seven-piece, the band kicks off its US tour tomorrow 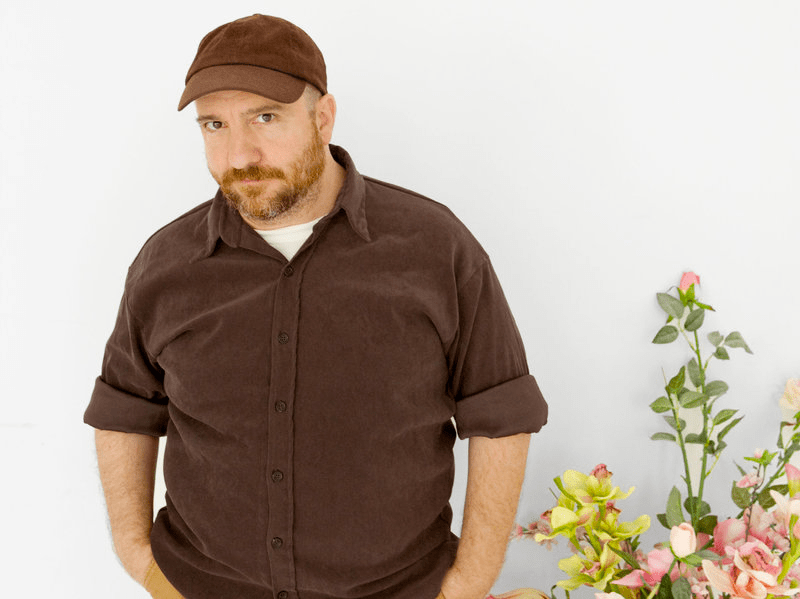 For all his prickliness and artistic integrity, Magnetic Fields’ frontman Stephin Merritt loves a good gimmick. Obviously, there was breakthrough album 69 Love Songs, which was, well, exactly what it said it would be. Then there was i, an album filled entirely with songs that begin with the namesake letter. A few years ago, he even toured with 26 individual songs, one for each letter of the alphabet.

As previously reported, the Fields have been prepping 50 Song Memoir, their follow-up to 2012’s Love at the Bottom of the Sea and perhaps Merritt’s most ambitious project yet. Now, he’s revealed more details of the album, which is due out March 3rd via Nonesuch Records.

Merritt began recording the album on his 50th birthday last year, and the album contains one song for each year of his life. What’s especially notable, however, is that for the first time, Merritt’s lyrics are autobiographical. In a press release, he calls it “a mix of autobiography (bedbugs, Buddhism, buggery) and documentary (hippies, Hollywood, hyperacusis).” He elaborates in the album’s liner notes during an interview with longtime collaborator (and Lemony Snicket author) Daniel Handler, saying, “I am the least autobiographical person you are likely to meet. I will probably not write any more true songs after this than I did before, but it’s been interesting working on it.”

As on 69 Love Songs, the album’s ambition extends to its instrumentation. Merritt plays more than 100 instruments on 50 Song Memoir, from his old standbys the ukulele and piano to the more curious drum machine and abacus.

Five-LP and five-CD editions of 50 Song Memoir will be available, and each will include the aforementioned interview with Handler, facsimile handwritten lyrics by Merritt, and full-album download card, with the option of a standalone bound book. Pre-orders are going on via iTunes or at the Nonesuch Records website, where, for a limited time, you can get an autographed print with your order

Immediate downloads of five of the album’s songs — one from each decade — are available with pre-order, though you can also currently stream them below or via Spotify. As lush and literate as anything in Merritt’s catalogue, the new songs are heavy on acoustics and straightforward in terms of melody.

“’74 No,” for example, sounds like a sonic ancestor to 69 Love Songs’ “Grand Canyon,” while “’02 Be True to Your Bar” summons “Busby Berkeley Dreams” in its opening before exploding into an orgy of bells and atmospherics. The sweet, subdued “’86 How I Failed Ethics” is probably the best of the bunch, with its story of Merritt’s college years delivered with the same humor and melancholy he brought to his acoustic rendition of “The Nun’s Litany.” All of the songs, for that matter, feel as if they were written somewhere in between 69 Love Songs and 2010’s Realism, which is very much a good thing.

Check out the album’s full tracklist and the band’s tour itinerary below:

Expect an over-the-top stage show as well. During 14 two-night engagements across the U.S. this winter and spring, the seven members of this newly expanded Magnetic Fields will play seven instruments apiece, “either traditional (cello, charango, clavichord) or invented in the last 50 years (Slinky guitar, Swarmatron, synthesizer).” The stage will also be cluttered with “50 years of artifacts both musical (vintage computers, reel-to-reel tape decks, newly invented instruments), and decorative (tiki bar, shag carpet, vintage magazines for the perusal of idle musicians).”