Barack Obama's turntable set-up riled the gearheads of the Internet 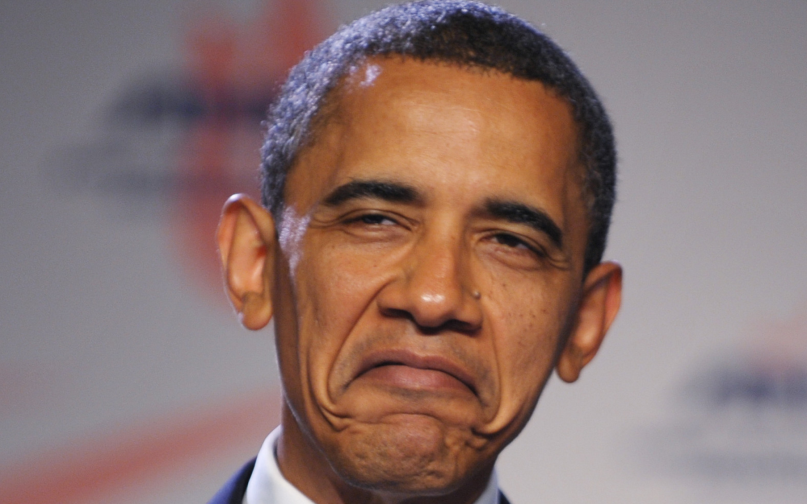 Of course, everything the president does is subject to criticism, and reddit’s trove of audio nerds couldn’t help but declare World War 3 on President Obama’s setup.

Audiophiles typically prefer a bit of space between their turntable and their speaker to offset any vibrations. Or, as one particularly enthusiastic redditor put it, “GET THE SPEAKERS OFF THE SAME SURFACE AS THE TURNTABLE.” Another wrote, “Who’s going to be the guy to email the president and let him know he shouldn’t have the speakers and subwoofer sitting on the same table as his record player?”

Arrangement aside, audiophiles were also critical of Obama’s modest rig, which the gearheads at Vinyl Factory determined includes a Denon DP-300F record player, two Kanto YU5 speakers, and an Audioengine S8 subwoofer (about a $1,000 value).

“I know this is technically his office system, but still would have expected more. He’s the president FFS,” one commenter noted. “But seriously, I kind of expected something a little more on the higher end of things. You know, like a TEAC AX-501 system. Doesn’t take up much space, you can use a sub with it, and it just sounds as well as looks nice,” another added.

One brave soul did come to the president’s defense. “That’s a hell of a down-to-earth office system. Kudos to a president with common sense, who doesn’t feel the need to burn thousands of $$$ just because he can,” wrote a redditor by the name of “Mr. Cobain”. (Year’s from now we’ll learn that “Mr. Cobain” was the go-to reddit alter-ego of Joe Biden.)

At least it’s better than Bush II, who famously only listened to HitClips.

Take a look at Obama’s vinyl setup below.

Thoughts on Architectural Digest's tour of the Obama White House.

2) That's kind of a lame setup for a PRESIDENT. pic.twitter.com/CPEHdwZKQF