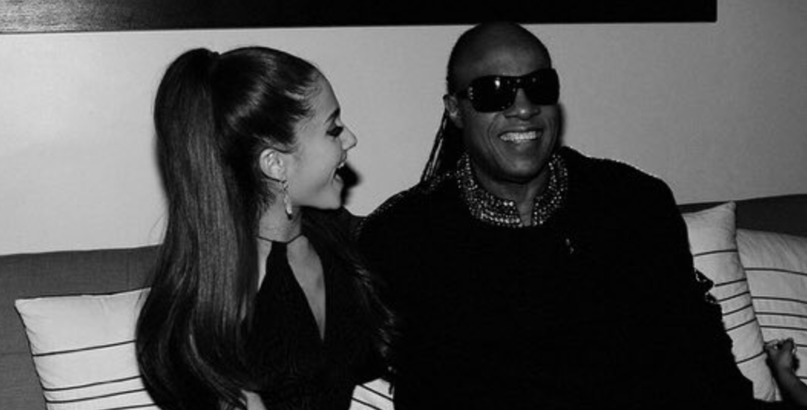 If you’re going to title a movie something like Sing, you’d be hard-pressed to find better representatives than Stevie Wonder and Ariana Grande. The noted vocal acrobats came together for a song from the new Matthew McConaughey 3D animated vehicle to create a tune that’s equal parts Hairspray B-side and gospel stomp.

“Faith” is a clear example of the sub-genre of movie-pushing, ultra-posi dance numbers meant to hijack your radio and get you out to he multiplex (See: “Happy” and “Can’t Stop The Feeling“). But when its a Motown legend and the endlessly talented Grande on the mic, we can’t help but put our more cynical thoughts away for two-and-a-half minutes. This track might be an ad for an animated film, but damn if it doesn’t move. Check it out below:

The song is the latest from a suddenly active Wonder, who just dropped a much-less joyous track about the plight of Black Americans with Common. And it’s one of many all-star tracks appearing on soundtrack of Sing. Due out December 9th, it also features Jennifer Hudson covering The Beatles’ “Golden Slumbers” and Tori Kelly covering Leonard Cohen’s “Hallelujah” and Stevie’s “Don’t You Worry ‘Bout A Thing”.

The soundtrack’s visual counterpart will hit theaters on December 21st. Watch the trailer below.