by Alex Galbraith and Michael Roffman 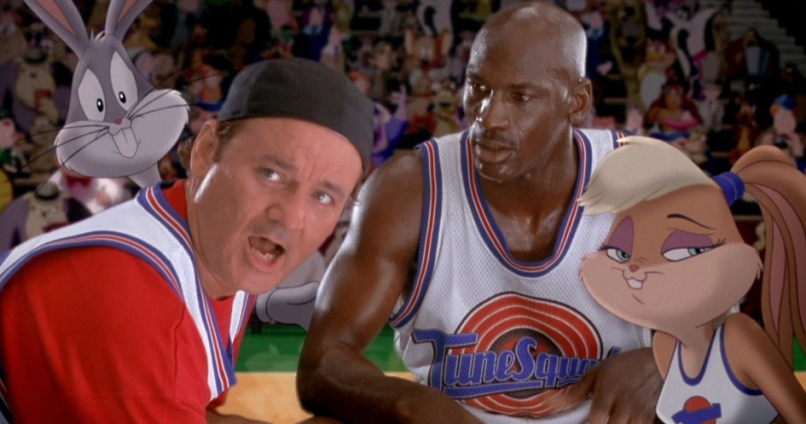 Twenty years later, Space Jam is back on the court. There’s the nationwide re-release and a sequel you may have heard of starring LeBron James, Patrick Patterson be damned. What’s more, the original film’s director Joe Pytka is out and about chatting up the blockbuster and he’s revealed some interesting tidbits.

For starters, we could have had a sequel much, much sooner. While speaking with Complex, Pytka said that he was approached with an idea for a follow-up to Space Jam shortly after the original’s release, only he turned it down.

“At one point a long time back, I was called in to look at a script for Space Jam 2 and Tiger Woods was written into that,” he explained. “It never came to be. It was a strange script. But Tiger was part of it.”

He also divulged to Entertainment Weekly that Spike Lee, who’s been a longtime New York Knicks fan, originally tried to come in for the assist on the first film — only to be denied.

“Spike Lee is a friend of mine and he approached me to do a polish on the script,” Pytka divulged. “I thought that Spike would have added some stuff that would have been cooler, but Warner Bros. didn’t want to deal with him because of their issues with him when they did Malcolm X together. Remember, Spike got his friends to put money into finishing Malcolm X and the corporation hated the fact that he did that.”

As for the sequel that’s coming, Pytka has some choice advice himself.

“When they talk about making the new movie, god bless them, because they don’t have Michael anymore,” Pytka told Complex. “Bugs Bunny and the Looney Tunes, they got rejuvenated because of Michael. There will never be another Michael Jordan. There’s only been two athletes with that kind of charisma: Michael Jordan and Muhammad Ali.”