That is, if you remember the required rules of owning a mogwai 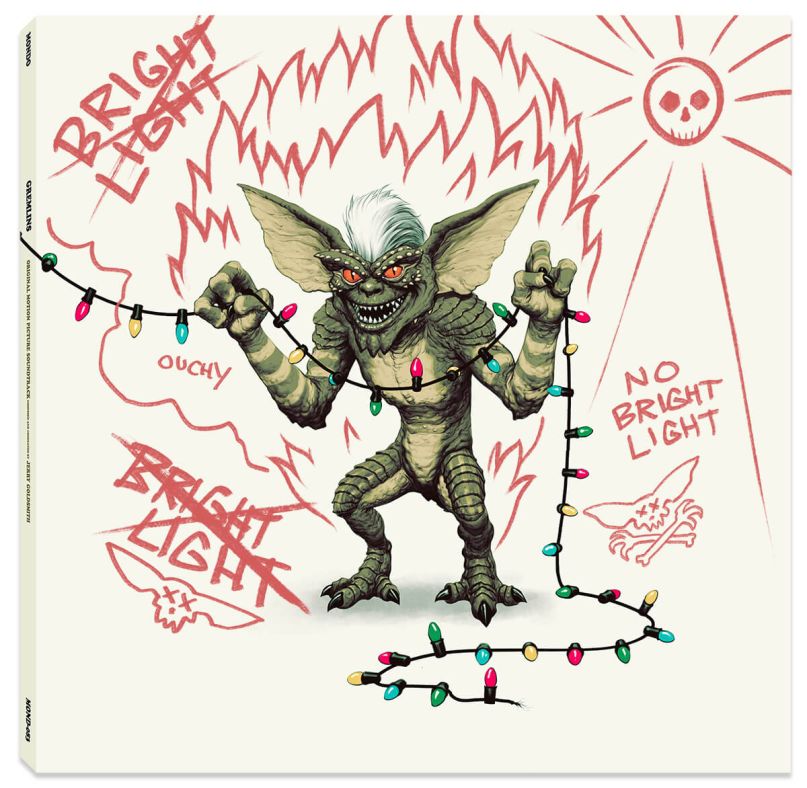 Mondo really knows how to outdo themselves.

Yesterday, the vinyl titans announced a super cool reissue of the Fight Club soundtrack, which will require every listener to break something beautiful in order to play it. Now, they’ve followed that must-own vinyl up with another release that’ll leave you shouting, “Shut up and take my money!” They’re reissuing Jerry Goldsmith’s score to Gremlins.

So, what’s the catch?

It all goes back to the three rules of owning a mogwai: “First of all, keep him out of the light, he hates bright light, especially sunlight, it’ll kill him. Second, don’t give him any water, not even to drink. But the most important rule, the rule you can never forget, no matter how much he cries, no matter how much he begs, never feed him after midnight.”

(Read: Merch Madness: Inside the World of Mondo Records)

True to Joe Dante’s 1984 Christmas classic, the artwork on the vinyl’s double-LP set will be affected by water and light. Designed by Phantom City Creative, the gatefold sleeves are ultraviolet-sensitive and reveal hidden messages, while the disc sleeves are water-sensitive and will unveil additional artwork. Jury’s out on chicken wings, though.

The whole shebang goes on sale November 30th. In the meantime, check out the sick artwork above and below and remember: “If your air conditioner goes on the fritz or your washing machine blows up or your video recorder conks out; before you call the repairman turn on all the lights, check all the closets and cupboards, look under all the beds, ’cause you never can tell there just might be a gremlin in your house.”