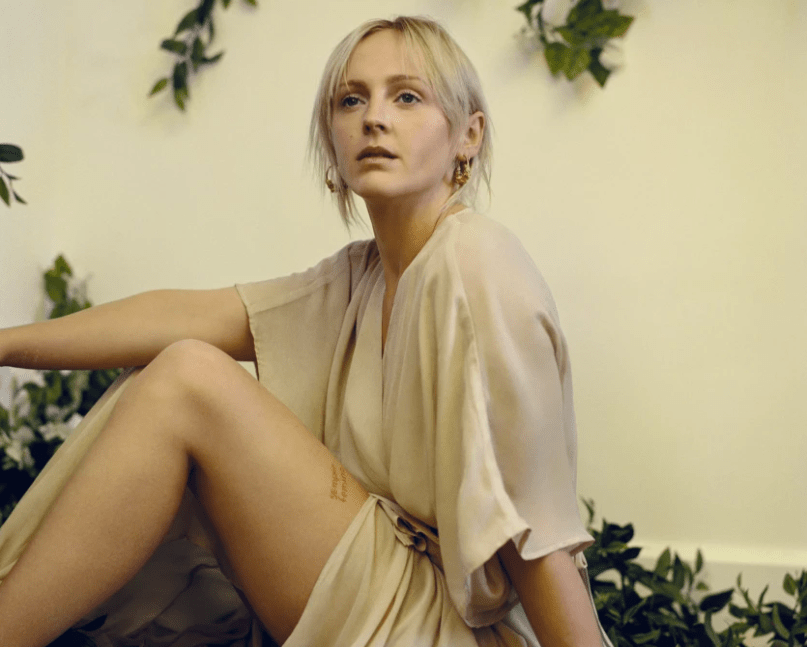 Laura Marling broke away from the expectations of a folk artist with her electric and angry 2015 album, Short Movie. Now she’ll shrug off prescribed confines of gender and sexuality with her next effort, Semper Femina.

Due out March 10th via her own More Alarming Records, Semper Femina is Marling’s sixth record overall. Written largely while touring behind Short Movie, the album’s nine tracks were recorded in Los Angeles and produced with Blake Mills.

“I started out writing Semper Femina as if a man was writing about a woman,” Marling explained in a press release. “And then I thought it’s not a man, it’s me — I don’t need to pretend it’s a man to justify the intimacy of the way I’m looking and feeling about women. It’s me looking specifically at women and feeling great empathy towards them and by proxy towards myself.”

As a first listen to this empathetic approach, she’s shared the album’s lead single, “Soothing”. A jazz lounge bass line sets the sensual bed on which lays Marling’s exquisite finger picking and the contradiction of her desires (“I banish you with love/ You can’t come in/ You don’t live here anymore”). The song comes via a video that marks Marling’s directorial debut, a stirring, latex-covered representation of the lyrics’ tension. Check it out below.

Pre-orders for Semper Femina are going on now. Marling will head out on a run of UK tour dates to support the release in March; find those dates beneath the album art and tracklist below.