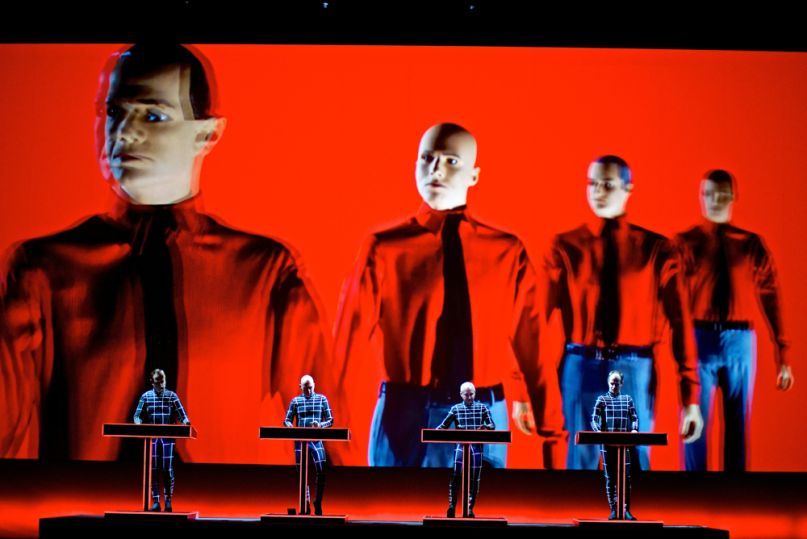 Back in April, government officials in Buenos Aires announced that all electronic music festivals would be banned in the city. The decision to halt issuing permits for such events was the direct result of an incident earlier that month at the Time Warp music festival in which five people in their early 20s died of drug overdoses. At the time, the city’s mayor, Horacio Rodriguez Larreta, said the measure would stand until local legislature passed a law to help curb drug abuse at such events.

Fast forward some six months, that ban is still in place and now a previously scheduled Kraftwerk concert has been canceled because of it, as Clarín reports (via Exclaim). Promoters Move Concerts have argued that the Kraftwerk gig isn’t like an electronic music festival — it would be alcohol-free, all-ages, and last two hours at the most. However, according to the city ban’s wording, any event including “synthesizers or samplers as their primary instrument” is subject to prohibition.

Federico Arancibia, a founder of the Asociación Civil de Música Electrónica, has spoken up in defense of the Kraftwerk show, saying, “You can not prosecute and punish a musical genre because of one negligent employer.” Interestingly enough, Sónar Buenos Aires festival, which features electronic acts like Moderat and Jacques Greene, has been given the green light to take place in December because it is not, according to the Buenos Aires Ministry for Culture, “a dance party” or “DJ event” — despite being labeled as such on Sónar’s official website. Perhaps the Ministry just isn’t a fan of The Man-Machine?

Move Concerts said they’ve already sold 70% of the tickets for the Kraftwerk show, originally scheduled for November 23rd at Luna Park, but now their only chance of saving it would be by moving the event outside of Buenos Aires.