Eagles of Death Metal: Nos Amis (Our Friends) will premiere on HBO early next year 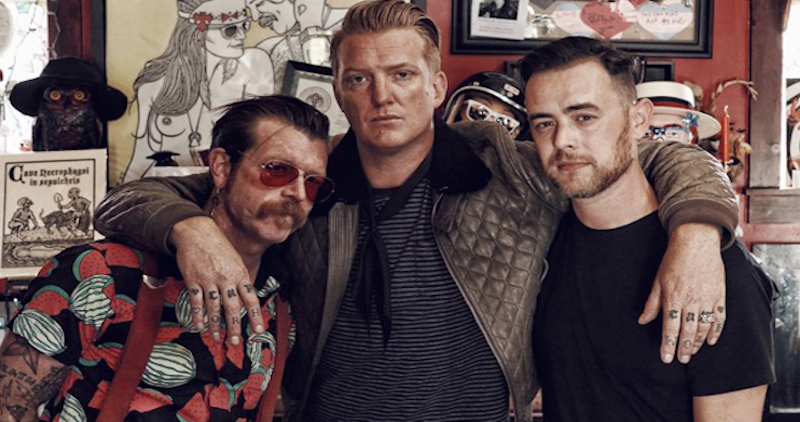 It’s been almost a year since the Paris terror attacks that claimed 89 lives during the Eagles of Death Metal concert at Bataclan. In the months since, the band members (and victims’ families) have had the heavy task of moving forward with their lives in the wake of tragedy. It’s a journey they’re sharing in a new documentary directed by Colin Hanks called Eagles of Death Metal: Nos Amis (Our Friends).

Premiering on HBO in February 2017, the film came together quickly when Hanks and his producing partner Sean Stuart realized there was a story to be told around EODM’s return to Paris just months after the attacks. Financing was secured through Live Nation Productions and Company Name, and production began immediately.

(Read: Learning to Fly Again with Eagles of Death Metal)

Hanks told Deadline that the documentary will focus less on the terrorist attacks themselves and more on how the band has coped with them, with an emphasis on the relationship between Josh Homme and Jesse Hughes. “It’s about that first step in trying to put life back together,” Hanks said.

The movie will start with an introduction to the band and their music for the unfamiliar, then briefly visits the night of November 13th, and concludes with EODM on their rescheduled Nos Amis Tour through Europe. According to Hanks, it won’t skirt the controversy Hughes spurred with comments about gun control and his belief that the Bataclan security was somehow involved. EODM was subsequently dropped from a pair of Parisian festivals following the remarks.

After Eagles of Death Metal: Nos Amis (Our Friends), runs on HBO, it will aim for a theatrical release to qualify for the Oscars. There’s no word yet on when that run might occur.