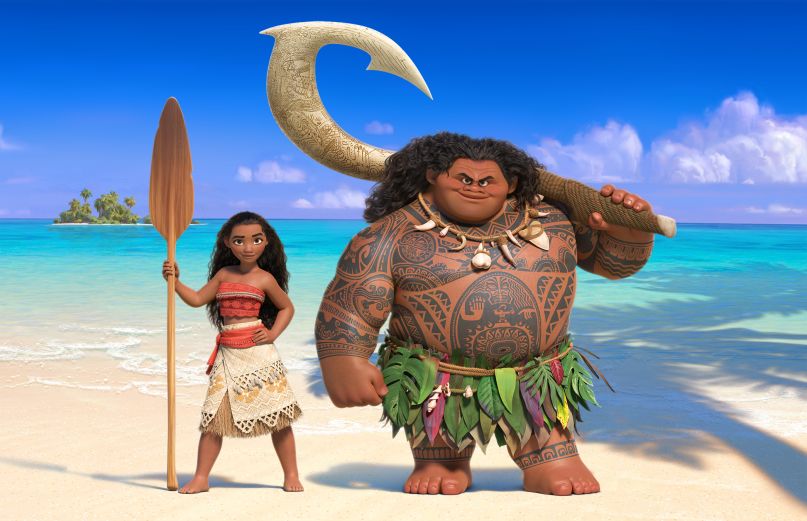 In "Moana," Walt Disney Animation Studios' upcoming big-screen adventure, a spirited teenager named Moana (left) sails out on a daring mission to prove herself a master wayfinder. Along the way, she meets once-mighty demi-god Maui (right). Featuring Native Hawaiian newcomer Auli'i Cravalho as the voice of Moana, and Dwayne Johnson as the voice of Maui, "Moana" sails into U.S. theaters on Nov. 23, 2016. ©2015 Disney. All Rights Reserved.

Now, Disney finds itself in the position of having to ensure that Italian audiences won’t take the upcoming Moana the wrong way. Where to us it’s merely the title of the upcoming Dwayne Johnson vehicle about a young Pacific Islander woman who has to save the world, Moana will be retitled in Italy as Oceania. (It’s also been renamed Vaiana in some other European countries.) It could easily just be the kind of re-titling that American films frequently see overseas and it’s hardly the most absurd as those go.

Yet, there may be a little more to the change made. Cartoon Brew has suggested that, while Disney has yet to respond to requests for comment on the matter, the Italian retitle might have something to do with Moana Pozzi, a famed and unusually venerated adult film star in Italy. As per the site, “In addition to her film career, Pozzi was the co-founder of the Italian political movement, the Love Party, and ran unsuccessfully for the mayor of Rome.” She was something of a cult figure in Italy (Pozzi passed away in 1994), respected in the culture both for her adult work and for her social awareness. The name will change, and Disney has yet to return comment on the matter. (Wouldn’t hold your breath there.)

In any case, Disney’s latest film, which is decidedly not named after an Italian adult star, will hit American theaters next week just in time for Thanksgiving, and in Italy next month, before being parodied by some kind of enterprising adult production studio who’ll probably just take the lazy man’s way out and add an “n” to the title.