A new version that replaces "camp and kitsch" with "gravitas" 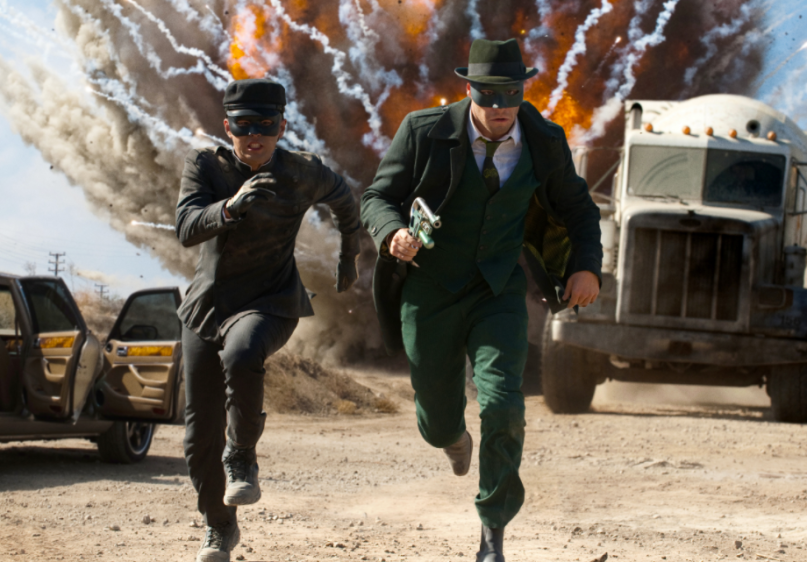 If you thought Sony’s attempt at adapting The Green Hornet for the screen fell painfully short of success, you’re not alone. Both the director, Michel Gondry, and the star, Seth Rogen, have spoken candidly about the failures of that 2011 movie. But now the iconic radio and TV superhero will have a chance to roll once again, as Paramount has picked up director Gavin O’Connor’s pitch for a new reboot.

Deadline reports that O’Connor (The Accountant, Warrior), a long-time fan of the character, pursued the rights to the film in order to “bring a gravitas to The Green Hornet that wipes away the camp and kitsch of the previous iteration.” He explained, “I want to re-mythologize The Green Hornet in a contemporary context, with an emphasis on story and character, while at the same time, incorporating themes that speak to my heart.”

O’Connor described the man under the Hornet’s mask, Britt Reid, as an edgy vigilante who’s “a hunter at the top of the Special Operations food chain, working so far outside the system he had to think twice to remember his real name.” The impassioned director went on to describe his vision for the movie:

“The Green Hornet is ultimately a film about self-discovery. When we meet Britt Reid he’s lost faith in the system. Lost faith in service. In institutions. If that’s the way the world works, that’s what the world’s going to get. He’s a man at war with himself. A secret war of self that’s connected to the absence of his father. It’s the dragon that’s lived with him that he needs to slay. And the journey he goes on to become The Green Hornet is the dramatization of it, and becomes Britt’s true self. I think of this film as Batman upside down meets Bourne inside out by way of Chris Kyle [American Sniper]. He’s the anti-Bruce Wayne. His struggle: Is he a savior or a destroyer? Britt made money doing bad things, but moving forward he’s making no money doing good things. He must realize his destiny as a protector and force of justice by becoming the last thing he thought he’d ever become: his father’s son. Which makes him a modern Hamlet. By uncovering his past, and the truth of his father, Britt unlocks the future.”

There’s no word yet on any possible casting or a release date, though Sean O’Keefe has been brought on to pen the script. O’Connor will work closely with O’Keefe on the screenplay, as well as produce with Chernin Entertainment.