The comedian will also match all donated sales through Christmas 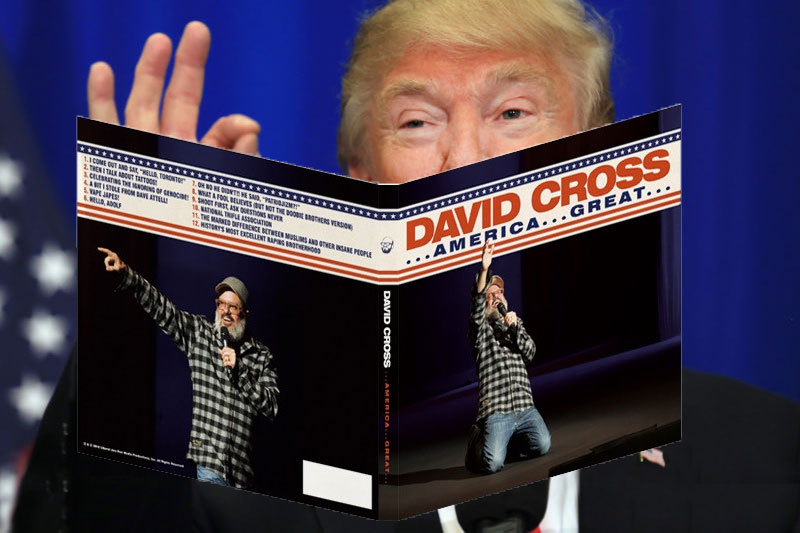 Back in April, David Cross went out on his first stand-up tour in almost five years. As the trek occurred before the presidential primary season had ended, Donald Trump was still the butt of many of the comic’s jokes — he even named the tour the “Making America Great Again! Tour”. The whole thing was filmed for a stand-up special and album.

Well, now that Trump has won the White House, Cross sees some of those jokes as “painful” and cringeworthy. Therefore, in an effort to realign his cosmic karma, the comedian will be donating 100% of the sales from his new …America…Great… CD from now until Christmas to the American Civil Liberties Union.

Cross announced his plans on his website in a post titled “I Know… I Can’t Believe it Either.” “I really believe in America and thus, believe that we can get through this,” he wrote. “But it’s going to be a nasty next few years to say the least. And we have to look out for each other- particularly those who can’t look out for themselves or who are at the highest risk for the kinds of awfulness we’ve gotten just a small taste of so far these past couple of weeks. The ACLU is a service that is going to be needed by so many very, very soon.”

What’s more, the Arrested Development star added that “since you all know that I’m a New York Hollywood liberal atheist Jew, I am going to also match all of this myself 100%.” That means that every time someone buys the $10 regular CD or $25 signed copy from Cross’ website, the ACLU will receive $20 or $50. If the album sales outstrip Cross’ ability to match, he promises to “ask people I know who are rich to help with that match. Maybe Scott Baio or The Nuge?”

Purchase the …America…Great… CDs here, and check out a particularly apposite clip from the special below.