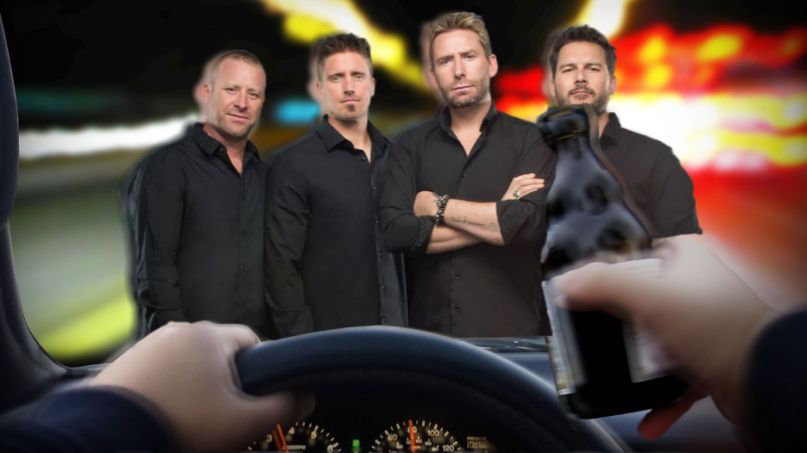 The holiday season is upon us, which means family, feasting, festivities, and gifts. Unfortunately, it also means a statistical uptick in drunk driving, since all that good cheer often comes with more than a glass or two of eggnog. Police in the small town of Kensington in Prince Edward Island, Canada have come up with a unique and likely effective deterrent to reduce the number of DUI’s this year: the country’s greatest national shame, Nickelback.

In a post on the Kensington Police Service’s Facebook page the department issued a stern and terrifying threat to any potential drunk drivers out there. Anyone arrested for DUI will be be fined, charged, issued a year-long driving suspension, and forced to listen to Nickelback’s third album, Silver Side Up, on your trip to jail. “Now, now, no need to thank us,” reads the post, “we figure if you are foolish enough to get behind the wheel after drinking then a little Chad Kroeger and the boys is the perfect gift for you.”

Incredibly, the station owns an unopened cassette of the record. “So please, lets not ruin a perfectly good unopened copy of Nickelback. You don’t drink and drive and we won’t make you listen to it.” You know what, that sounds fair enough to us.