The happiest man alive passed on the cheer last night 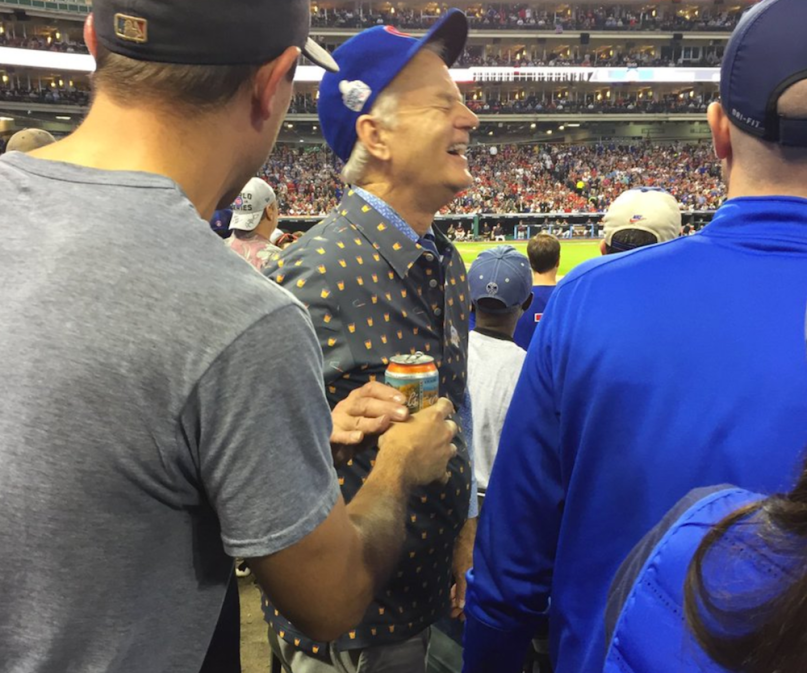 Earlier this week, Bill Murray gifted a random fan an extra ticket to the World Series. The all-around good guy was similarly generous last night during Game 7, happily buying beers for those around him. SB Nation contributor Liam Boylan-Pett and his group of friends received four free ones from the comedian and even helped him decide on a pumpkin beer.

Now Bill is having Kent @kdc2101 taste the pumpkin beer to make sure it's okay. It was "pretty good," according to kent. Bill agreed.

Later, when the Cubs clinched their first championship in 108 years, Murray would indulge in far, far more than just beer. By 2:00 a.m., Murray was the happiest man alive, drunk and soaked in celebratory champagne in the Cubs clubhouse, and had canceled school for all of Chicago for the rest of the week. As it should be.