Abel Tesfaye has the pop structures down, but doesn't deliver as many idiosyncrasies as he used to 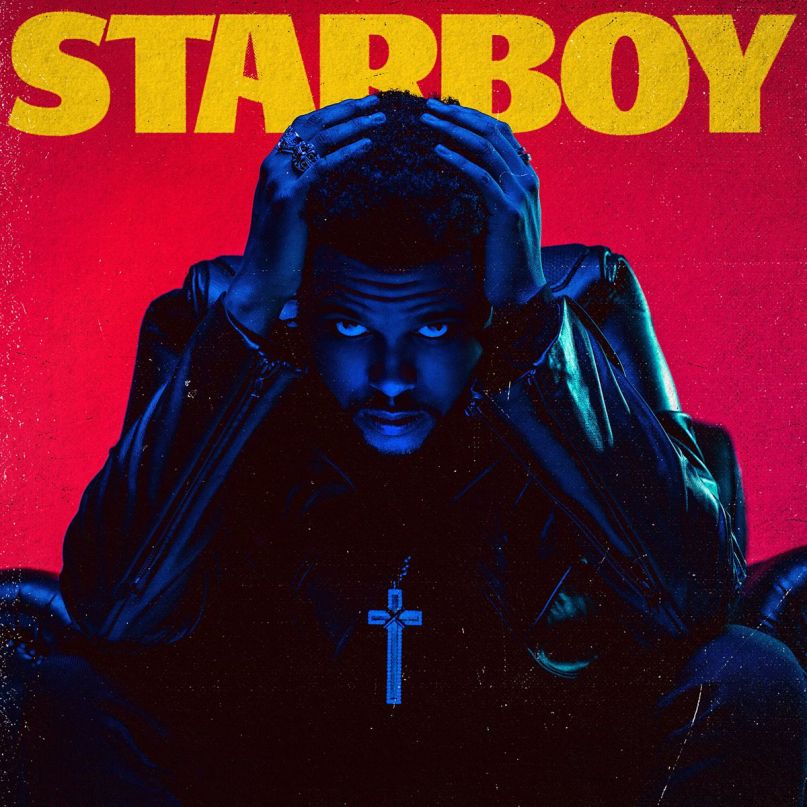 The Weeknd’s rise to the top of the pop music world has been an unconventional one not because of his talent, but because of his image and persona. “Goddamn, bitch, I am not a Teen Choice,” the 26-year-old Toronto native born Abel Tesfaye sings on “Reminder”, a song from his third proper album as The Weeknd, Starboy. He’s referencing the major awards he was up for thanks to his breakthrough album, last year’s Beauty Behind the Madness. Tesfaye’s reluctance to see himself as a traditional pop icon makes sense: Ever since he began turning heads with his now-legendary trio of mixtapes from 2011 — House of Balloons, Thursday, and Echoes of Silence, later packaged together as Trilogy — a big part of his identity as an artist has been his rampant hedonism.

Then again, of course Tesfaye has become a massive star. “Can’t Feel My Face”, to name just one example, encapsulates his ability to make ecstatic pop, what with its vocal hooks, infectious bass lines, and Tesfaye’s elite voice. He’s been capable of that kind of thing ever since the aforementioned mixtape trilogy, though back then, he was more of a critical darling. While the likes of “High for This” and “The Morning” were immediately catchy, it was the sprawling, lengthy songs on those tapes that suggested Tesfaye was trying to rewrite the R&B playbook his own way. With his debut album, 2013’s Kiss Land, he was on his way to more consistently accessible sonic territory, ultimately getting there with BBTM two years later. With the overlong but occasionally brilliant Starboy, he takes things further.

By the time its first three songs are over, Tesfaye’s aspirations for the album are clear. It’s hard to imagine that opening sequence — comprised of the Daft Punk-assisted mega-hit “Starboy”, the darker “Party Monster” (which features vocals from Lana Del Rey), and the riotous “False Alarm” — being any more stuffed with hooks. By then, there’s no reason to expect much subtlety from the rest of the album. Elsewhere, there are plenty of other attempts to get to the heights of those opening songs, and when those moments click just right, the result is pop R&B perfection. “Rockin’” is an earth-quaking synth-funk thrill ride, while the other collaboration with Daft Punk, album closer “I Feel It Coming”, captures much of the same magic that the French duo found with Pharrell Williams in 2013 with “Get Lucky”.

Other songs keep things from getting too predictable. The icy, sedate “True Colors” refreshes with its pleasantly organic feel. Later, the futuristic boom bap and squealing electric guitar of “Sidewalks” make for another welcome change of pace, and Kendrick Lamar swoops in to deliver a characteristically dazzling verse. Some listeners have complained that Starboy was overproduced, and while there’s an argument to be made there, “True Colors” and “Sidewalks” are two of the exceptions that give the album a sleeker, more controlled side.

Tesfaye’s persona and writing voice still separate him from more generic pop singers and songwriters. There are overtly hedonistic moments here, as on “Ordinary Life”, where he’s getting head while driving (“I can feel her teeth when I drive on a bump”). “Party Monster” and “False Alarm” are all drugs, drinking, and promiscuity, and their details show Tesfaye’s unique flair for injecting thoroughly modern characters and social situations into timeless pop structures and techniques. It would help if more of the album were idiosyncratic that way, but as is, Starboy is still the sound of Tesfaye knowing he has what it takes to be a major figure in pop music for a very long time.

Essential Tracks: “Starboy”, “Sidewalks”, and “I Feel It Coming”