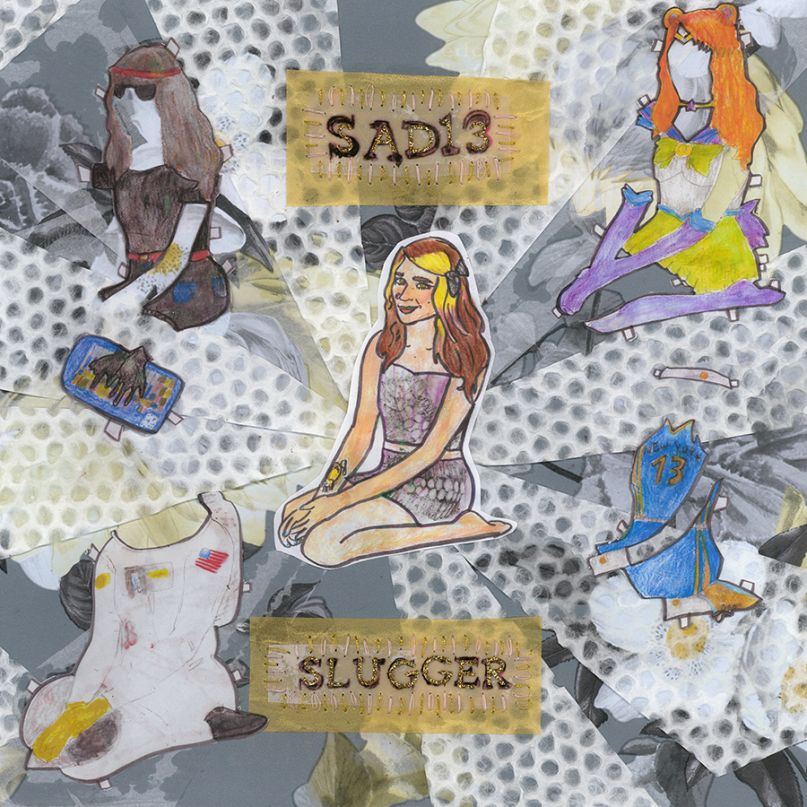 On Slugger, Sadie Dupuis looks for liberation — from the clutch of unhealthy relationships, from the hypocrisy of critics who don’t value the work but still want a piece of the hype, from a society that refuses to value consent. It also seeks freedom from the boundaries of genre; the album is a solo step away from the guitar grunge of Speedy Ortiz, the band for which Dupuis is lead singer, guitarist, and songwriter. Slugger is not a complete stylistic departure, and by retaining a familiar electric force, she proves that labels are fluid for an ever-evolving artist.

Going solo with a pop album isn’t out of left field for Dupuis, who has often cited pop and hip-hop artists like Nicki Minaj and Kelis as key inspiration. The playfulness and power of these creators carry over to the Speedy Ortiz discography, and Foil Deer even dabbled in new genres (notably the heavy bass shuffle of “Puffer”). These influences become the foreground here, the record filled with electronic instruments and catchy melodies. The first song released under the Sad13 moniker was “Basement Queens”, co-written with rising rapper Lizzo. Both bring distinct lyrical and musical voices, and Dupuis’ whirling guitar riffs are a seamless compliment to the rapper’s striking flow.

The energy of that debut track carries over into Slugger, which weaves catchy pop synthesizers around stylized guitar effects and melodic choruses. The record also utilizes a distinct bedroom pop quality, a DIY feel that combines the gloss of pop music and the intricate instrumentation of more meticulously arranged, personal bedroom material. For fans of Speedy Ortiz, there is still plenty of grunge edge to be found: “Line Up” and “Krampus (In Love)” blend choppy fuzz with electronic keyboard buzz. But her ’90s borrowing isn’t limited there, borrowing from the decade’s pop song structures just as well.

Behind the party-worthy pop, the lyrics generate a deliberate commentary. Dupuis is an incisive writer; the cutting poetry of Speedy Ortiz demonstrates this, and in a pop context she is able to explore even more personal and political ground. “Get a Yes” is a consent anthem, and in an era where popular music has a tendency to undermine female autonomy, this subversion is poignant. “Hype”, meanwhile, is largely about appreciating female friends, rejecting the typical pop tropes of women as spiteful or vindictive. The song also tackles the gendered commentary women in the media face, and the unlikely chorus (“They still want to lick my asshole, man/ They still want to buy what I sell them, they still want to lick my asshole”) is a satisfying response.

Slugger balances these big statements with more intimate moments. Dupuis reckons with an unhealthy relationship on “Devil in U”, examining the ensnaring cycle of emotional manipulation. The result is one of the album’s most effective songs, mixing the imagery of witchcraft with eerie synths. “Wax in the cauldron, bricks in the leavening, but you don’t approve,” she sings, the inability to leave tangible and conjured. “Tell U What” also exists in relationship aftermath, though as a furious reclamation of self. These songs bring intensity to the release, but even in the album’s lightest moments, the songs are driven by message: “Just a Friend”, for example, is an ode to the platonic, stressing the need to believe women who seek only friendship.

Slugger meets its logical end with “Coming Into Powers”, which serves as a sort of comprehensive argument for the album. Dupuis imagines a world of total empowerment, one free from criticism — both from within herself and from others. Like “Basement Queens”, the song features a breaking rapper, this time in the form of Sammus. “Who says you can’t make dope art and go far?” she asks in the verse. As an artist, Sadie Dupuis is only beginning to evolve, and she won’t let anything obstruct that progress.