Under the Skin composer continues her streak of beguiling, haunting scores 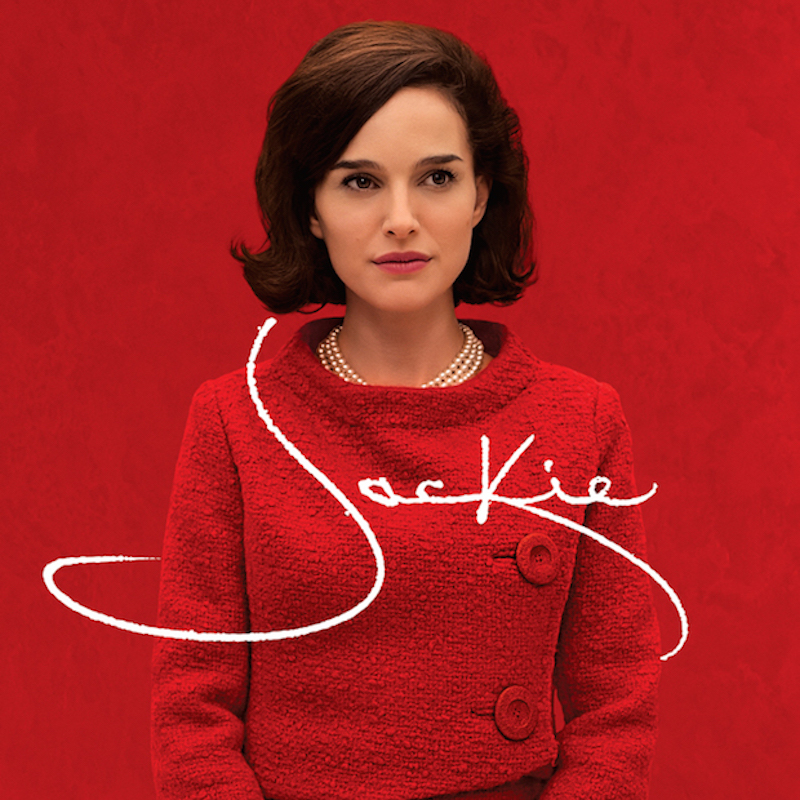 To the outside observer, there are no figures quite as elegant or tragic as Jacqueline Kennedy Onassis — and the first half of that sentence is truly the defining factor in understanding the American icon. At least from the perspective of someone looking back at John F. Kennedy’s presidency and tragic assassination through black-and-white stills in textbooks and occasional video footage, Jackie-O radiated a dignified sadness. Considering the weight of the circumstances on display on the pages of those history books, it seemed only natural that rather than sob and heave, the widow would stand dignified and strong. Now as an adult with a better understanding of the political and personal circumstances of the Kennedys (not to mention of the depth and intensity of the feelings involved in the relationship), the layers of emotion underneath the pillbox hat become that much more compelling and somehow no more clear.

In the new biopic Jackie, Chilean filmmaker Pablo Larraín and star Natalie Portman portray the complex inner world of the former First Lady in the aftermath of her husband being shot. Much the way understanding the reality of Jackie changes with age, distance, and perspective, the film attempts to locate the tragedy in the intensely personal as well as the reaction felt by the entire country. A lot of heavy lifting in dissecting that duality is done by the score, the latest rousing composition from Mica Levi.

Levi’s last film score — for the beguiling, eerie Under the Skin — also focused on a woman with a difficult-to-understand inner world. Though where Scarlett Johansson’s Female was largely mute and her terror represented in stinging strings and doomed hum, Portman’s stoicism in Jackie is represented by cello and violin that phase in and out of regal beauty and composure. Even further obfuscating the viewer/listener from the intensity of the inner world, Jackie is herself an observer to the inciting action of the film where the Female pushed the action forward. Her emotional state and  the arc of her character, then — no matter how deep and nuanced Portman’s performance — needs the subtle changes of Levi’s score to truly convey to the audience.

The opening moment of the score sets the tone for what’s to come — both in that it summarizes the overall affect of the work and that there’s not all that much range in tone and style throughout. A tight formation of strings swing in a downward sigh, all in pristine formation though decidedly turned towards a morose end. The “Intro” rides these staid yet tragic arcs, the certainty of tragedy unescapable, though restrained.

The OST continues to build itself up to a semblance of noble strength and hope, then eventually showing the warping sensations of a mind under unthinkable stress. Violin, cello, mournful piano, and a military snare do the work, full of long-lingering chords and swooning glissando. But in the rare moments of break, the neat, controlled orchestration bends and deforms, even just slightly. On the brief “Car”, the strings build to an explosive high. The tragic tones of the intro return on “Lee Harvey Oswald”, though a ringing woodwind accompanies the sighing strings, like a stress migraine that refuses to leave.

Levi expertly evokes the story and emotion even without any visual cues. Vibraphone tones plink down sadly on “Tears”, while the shivering violins on “Burial” feel like the cold certainty of death swarming in. The rattling snare rolls of “Graveyard” remind of the official ceremony at the presidential funeral — but this isn’t a film or soundtrack about John F. Kennedy. Levi very clearly shows that this is Jackie’s story, and the story reaches far beyond the president’s death. Even as the “Burial” concludes, there is still “The End”, in which the violins strive for hope in the darkness. Wind tones that had prior been mixed in more subtly stand out, a flutter of flute and oboe reaching higher. Whether an alien who hunts down men or a recently widowed First Lady, experimental terror or dignified sadness, Mica Levy is a supremely talented storyteller, able to tap into the most subtle moments and reveal unknown layers.

Previous Story
David Cross is donating all sales of his new album to the ACLU because Donald Trump won
Next Story
Film Review: The Eyes of My Mother
Popular
More Stories
[fu-upload-form form_layout="media" title="Submit Your Photo"][input type="hidden" name="ugc" value="1"][/fu-upload-form]