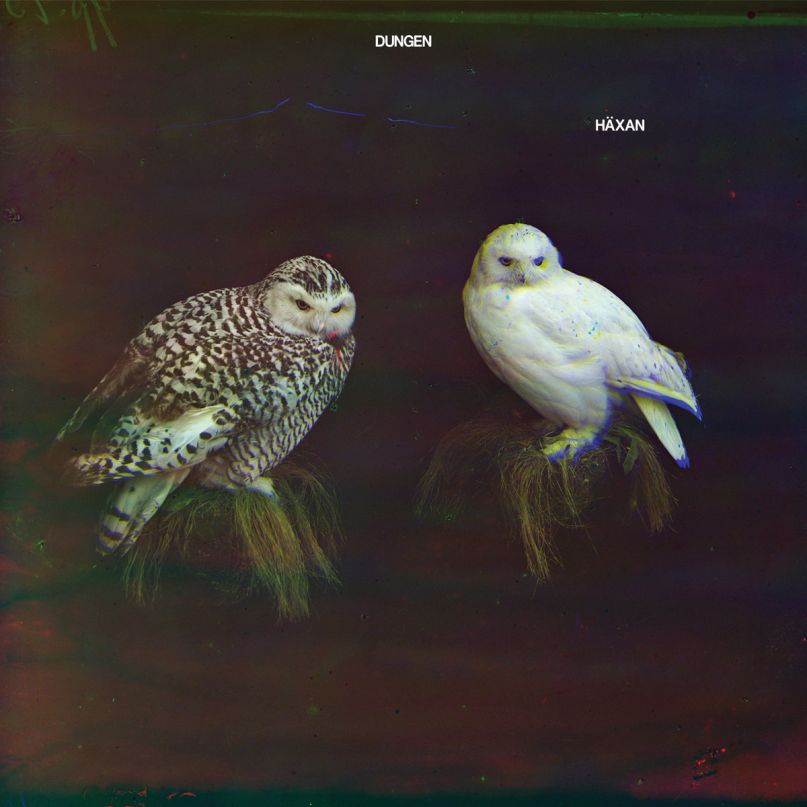 Music tagged as psychedelic rock frequently aims to elicit the feeling of rocketing into the cavernous interior of a black hole, a pitch-black, ultra-dense space vast enough to get lost in. Swedish outfit Dungen have produced plenty of profound soundscapes of intense depth, but often times they go to places airy, soft-hued, somewhere in the upper atmosphere. Their records, dating back to their 2001 self-titled debut, have always felt more familiar and welcoming than a lot of its psych rock brethren.

On their latest album, Häxan, the Stockholm outfit somehow make a 1926 German animated fairytale film into something that feels second nature. The Adventures of Prince Achmed is the oldest animated film that can still be viewed today, and Dungen were asked to produce a soundtrack for it. The film’s plot is difficult to explain — there’s an African sorcerer, a witch, Aladdin, a prince, a flying horse, a flaming mountain — but Häxan manages to convey the peaks and valleys of the epic tale through instrumental music alone.

The stereo panning of distorted guitar and lone flute on “Wak-Wak’s portar” dives into some ’70s psych nostalgia, the sort of prog wonderland that would accompany a particularly groovy bit of stock footage on a PBS program. The album’s many more ambient interludes — like the airy “Grottan” and the sleepy “Peri Banu vid sjön” — feel endless, as if they’re from different worlds than more concussive exercises like “Andarnas Krig”.

It’s unclear whether reading the songs’ titles in Swedish or translating them to English does a better job of abetting that mystic feeling. The galloping, blurred “Jakten genom skogen” delivers a tense thrill ride whether you know it means “hunt through the woods” or not. You might not guess “The Wizard and the Bird Suit” when you read “Trollkarlen och fågeldräkten”, but you’re certainly going to gather that some flighty flutter is afoot when you hear the alt percussion and aerial, barely-chorded guitar effects.

The record also shows the apex of the band’s involvement in non-rock traditions, grabbing at pieces of jazz, folk, and droning classical to flesh out their swirling storms of psychedelia. “Trollkarlen och fågeldräkten” rides on a jazz bass groove cribbed straight out of a fake book. “Achmed och Peri Banu” drips and slides softly, a bit of noir drama. The title track aims for an adaptation of the Middle Eastern themes that the fairytale latches onto. The heavy involvement of flute in past Dungen records proved to be a point of contention — simply put, there were those who couldn’t get past the Jethro Tull connotations.

Frontman Gustav Ejstes’ wind work has never sounded more natural than it does here, weaved perfectly into the storytelling and used to convey the themes attached to the film’s characters. The Aladdin-referencing tracks take on a light-as-air quality, all guitar plinks, jazz flute, and floating chords. The witch, meanwhile, takes on a grand status, epic distortion and splashing cymbals completing the larger-than-life picture.

Though it deals in timeless tropes and well-trod territory (another band produced a soundtrack to the film as recently as two years ago), Dungen’s take on The Adventures of Prince Achmed finds fresh life even to those completely unfamiliar with the film thanks to their adventurous explorations. The Swedish outfit know when to push until the threads nearly come apart and know when to rein things in to their absolute minimalist best. Häxan takes Dungen’s psychedelic experimentation and storytelling into a further realm, one at once more fantastic and more rooted in the subconscious. It’s not a definitive statement of who Dungen are, but rather an interesting insight into their ability to connect with who we are.