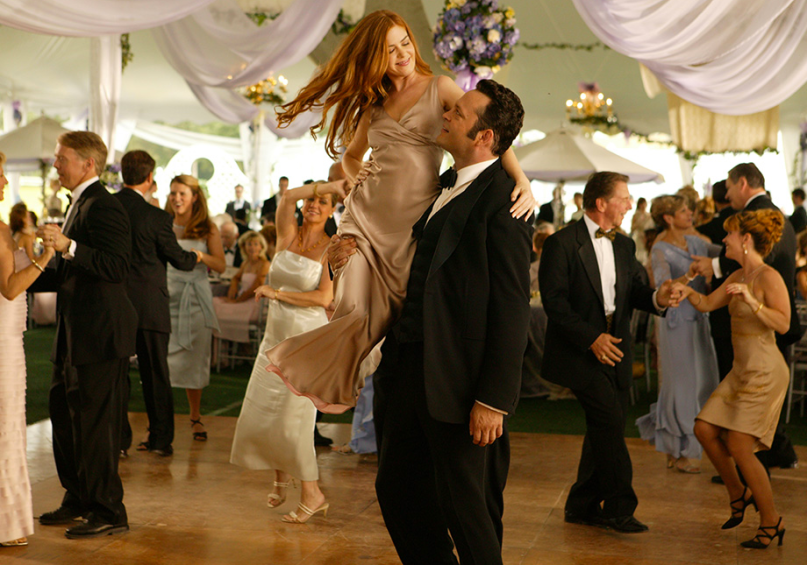 Hey, look at that, another sequel. Apparently not learning the lesson films like Dumb and Dumber To and Zoolander 2 have taught us about trying to follow up a beloved comedy classic over a decade after the original, there’s now talk of a Wedding Crashers 2.

Isla Fisher, whose career took off after playing the unbalanced nymphomaniac Gloria in Wedding Crashers, was a guest on Today to promote her film Nocturnal Animals when she let the news slip. “I bumped into Vince Vaughn at a party and he said that apparently we’re going to be making a sequel,” she said. “So I’m really excited to see what happened to Gloria.”

She cautioned that nothing was officially confirmed as of yet, but emphasized that discussions are indeed taking place. “I shouldn’t really announce it on morning television. But apparently there’s some talk of it, which is fun.”

Update: Variety reports that a Wedding Crashers sequel is in early development at New Line. Evan Susser and Van Robichaux (Fist Fight) have been tagged to write the script. As of now, no deals have been made with the original cast members or director David Dobkin, Variety notes.

The problem is everything was wrapped up rather nicely at the end of the film, and revisiting it for a sequel runs the risk of nostalgic rehashing to which so many other later years sequels fall victim. Some might argue that the magic was captured once and rebottled it is only doomed to crack the glass. Then again, Jeremy and John had plenty of success with their wedding crashing ways, so who’s to say Vaughn and Wilson couldn’t do it again?