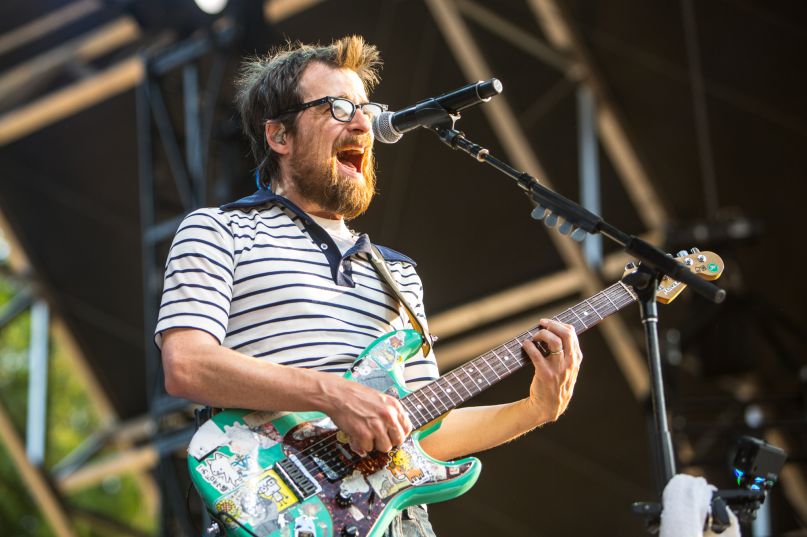 Weezer recently announced plans to reissue their first six albums on vinyl. But their early releases aren’t the only ones being revived — today, they revealed that The White Album, their most recent LP issued in March, will also be given the reissue treatment as a digital-only deluxe edition.

Due out this Friday, October 7th, the collection includes all 10 of the original tracks plus four new additions. Two of those are previously unreleased tracks titled “Fake Smiles and Nervous Laughter” and “Friend of a Friend”; the others are a remix of “Jacked Up” featuring Nadya Tolokno of Pussy Riot and Michael Fitzpatrick of Fitz and the Tantrums and Weezer’s NASA tribute “I Love USA” from June.

(Read: Ranking: Every Weezer Album From Worst to Best)

Along with the reissue news, Rivers Cuomo & co. have shared the woozy “Fake Smiles and Nervous Laughter”. Check it out below via Apple Music; the song will also find a home on the band’s upcoming 7-inch split with Wavves.