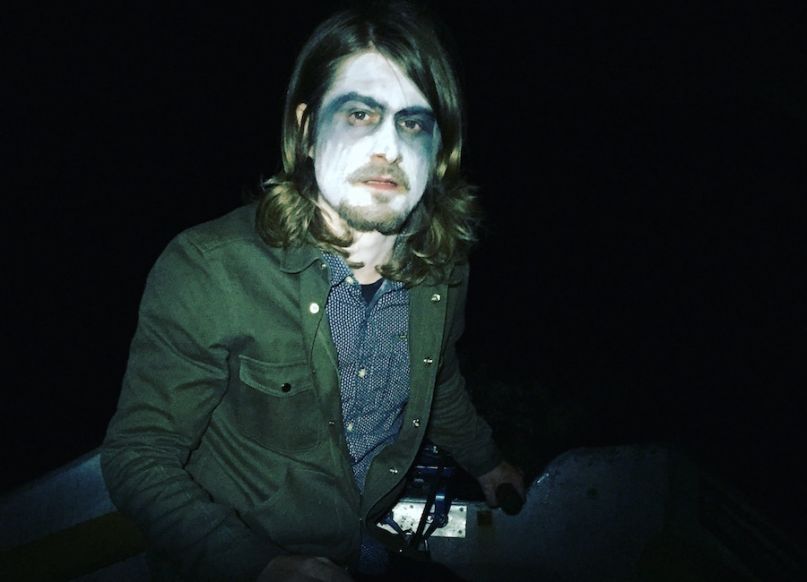 Stockholm’s Markus Svensson has been operating as The Tarantula Waltz for almost a decade now. He’s toured Europe with the likes of The War on Drugs, Iron & Wine, and fellow Swede The Tallest Man on Earth. Yet despite praise and success throughout the EU, he’s somewhat of a “best kept secret” here in the States. If we’ve learned anything from the rise of TTMOE and First Aid Kit, however, it’s hard to keep a good Swedish folk band down for long. With his forthcoming fourth record, Blue as in Bliss, set for release from Woah Dad! early next year, 2017 just may be the year of The Tarantula Waltz.

Blue as in Bliss sees Svensson taking an intriguing leap forward in his sound, enhancing his usual dark intimacy by embracing some new techniques. His latest single “Golden Chain”, for example, opens with a chopped and looped sample of electronics and drums. Even so, it’s the folkier elements that still guide the track, as when the self-described “weird groove” of the guitar drops in. Over the driving ache of the music, Svensson sings of a lover’s betrayal through gritted teeth: “I didn’t know his name back then/ But I could taste it on your tongue.” It’s a heartbreak that has him questioning the promise of love Leonard Cohen made in “Anthem” as he sings, “I was thinking Leonard Cohen is a liar/ No light comes shining in.”

Fortunately for him, Svensson says it’s not actually his own experiences in the song. “It’s a bitter song with a twist. It’s about betrayal and I’m not sure who’s me in this song, not sure if I’m even in this song,” he tells Consequence of Sound of the track, which he wrote while touring with The War on Drugs through Germany. “Most of my songs are personal, this isn’t. This song was probably made for someone else but somehow it ended up in my guitar.”

Take a listen to “Golden Chain” below.