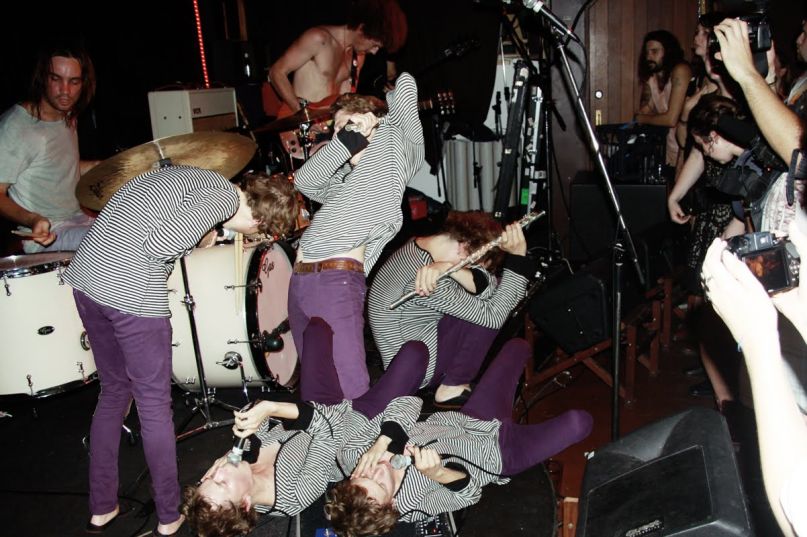 Formed in 2005, the band, which includes Parker, former Tame member Nicholas Allbrook, and Shiny Joe Ryan (who’s worked with Allbrook in Pond), recorded its first album in 2008, after receiving a government grant. However, the album was shelved indefinitely, thanks to behind-the-scenes skirmishes. It eventually leaked online under the title, Kingdom Tapes.

The band reunited in 2011 to record a proper debut titled, Mink Mussel Manticore, which Parker produced and played drums on. It was recorded live in one week at Fremantle’s Norfolk Basement and surfaced in 2014 on a USB wristband, although it’s since been re-released on vinyl.

So, why are they getting back together now? According to Pitchfork, the band’s rehearsing for a forthcoming one-off show that will soon be announced. Stay on the look out for the date, and in the meantime, revisit Mink Mussel Manticore below: